The spring weather is finally here in NYC if not spring itself.  I have been holed up in my studio getting ready for my solo show at A.I.R. Gallery next month (hence neglecting this blog far too long…and more on that later).  On Sunday, finally taking advantage of the weather I went out for a brunch in LIC and visited Tino Seghal show at Guggenheim.  For the conceptual artist Seghal, who only uses non-exhaustive resources (i.e. humans) for his art, Guggenheim emptied everything from its famous rotunda except “actors” who would engage the museum goers and moving sculptural piece called “Kiss” in the lobby.  The effect was disturbing and engaging at the same time.  Very crowded, the rotunda somewhat resembled a shopping mall on a busy weekend, but trying to discern “actors” from regular museum goers made an interesting guessing game.  But I quickly learned to distinguish them by incongruity of their companion (artsy, hipsterish young guy with two middle aged women, for example) and their enthusiasm. 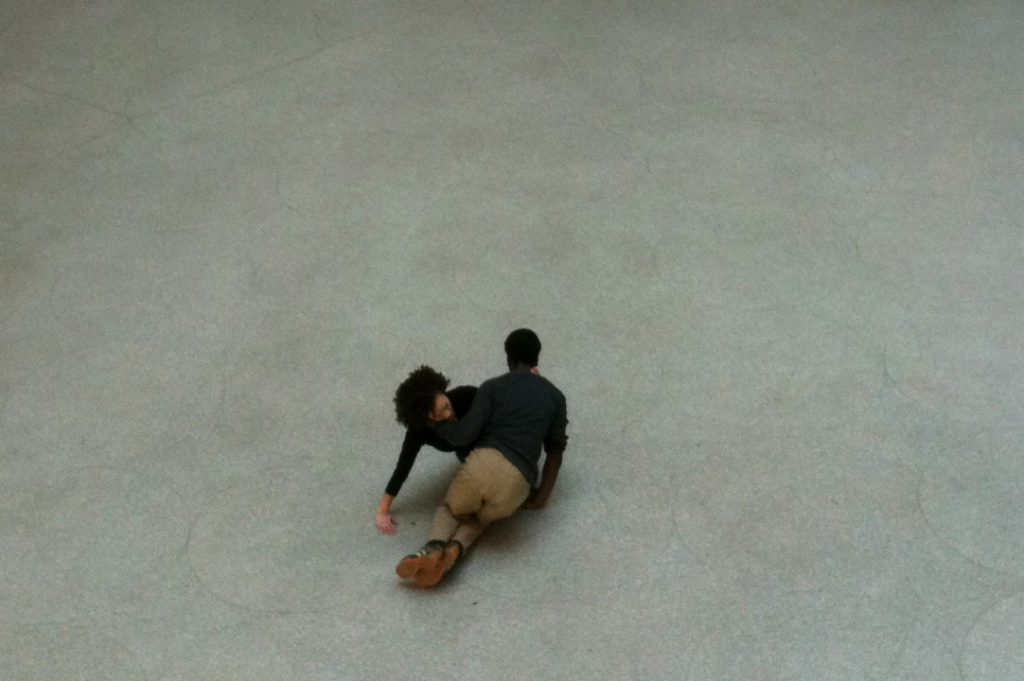 More importantly for this blog, we went to the Wright, the new fine dining restaurant at the Guggenheim, the hyper-designed white space (with the colorful help from Liam Gillick), which tries a little too hard to be a destination.  But it was blissfully uncrowded (probably due to the stiff prices). Ben and I shared lovely glasses of white wine and a pretty but random cheese plate (not worth $18 for 3 tiny slivers of okay cheese with no DOC!).  We also ordered a desert, which was advertised as Apple Millefeuille with clove ice cream and chantilly cream.  It turned out to be a deconstructed millefeuille, which was fine but another example of trying a little too hard. Despite my snarky comments :), it’s nice to have some place not so snooty but also not a deli to rest weary feet in the desert that is UES after a hard day of museum going. 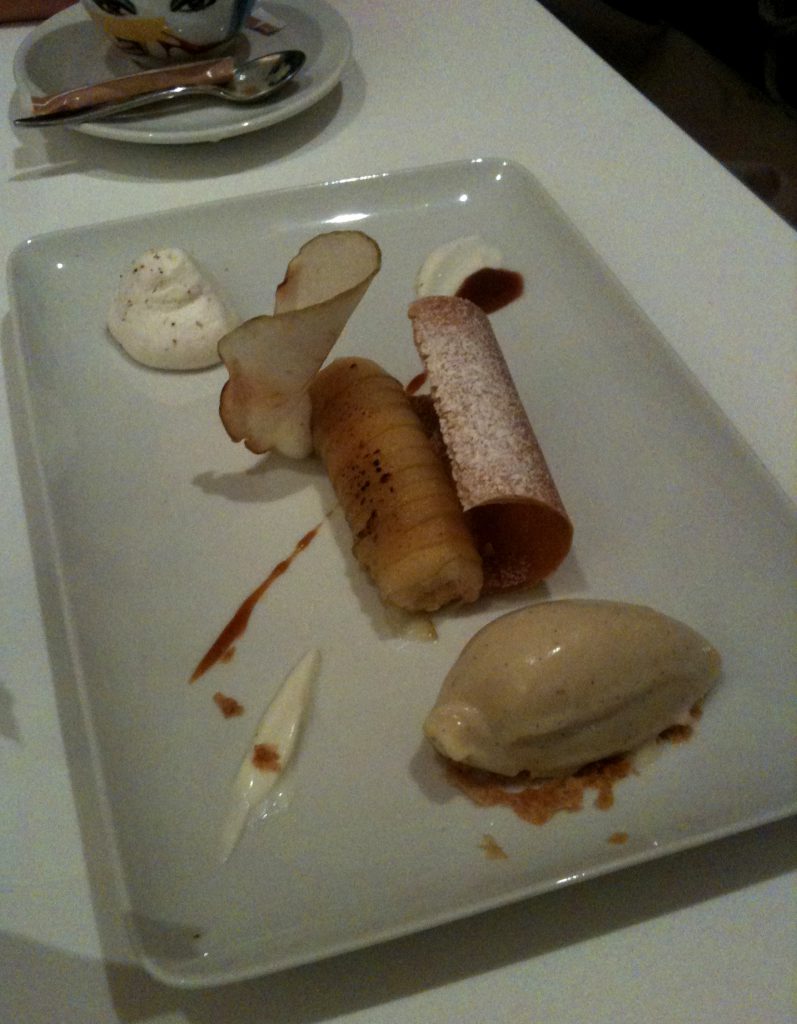 Apple Millefeuille at the Wright

This entry was posted in Restaurants and tagged apple, desert, museum dining. Bookmark the permalink.