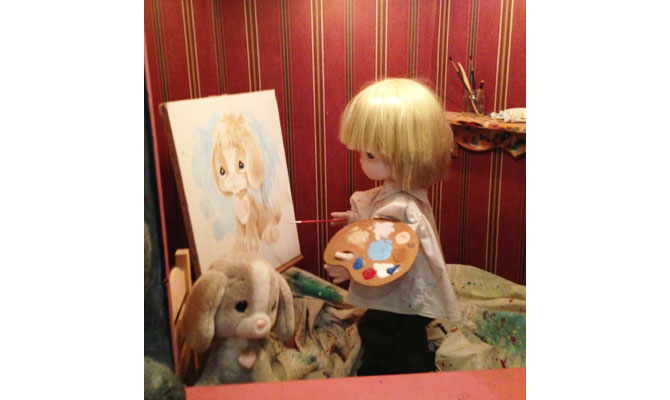 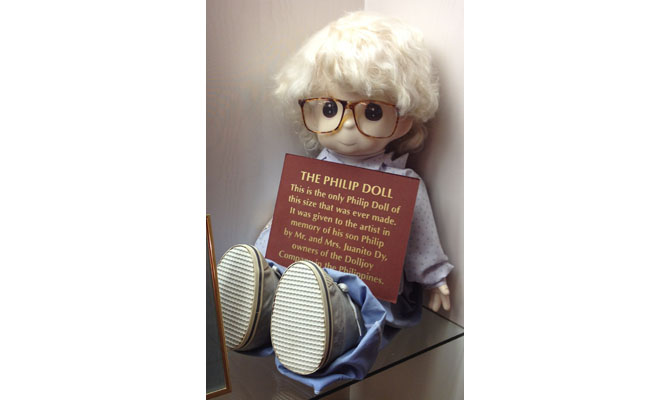 The Philip Doll, inspired by the death of the artist’s son 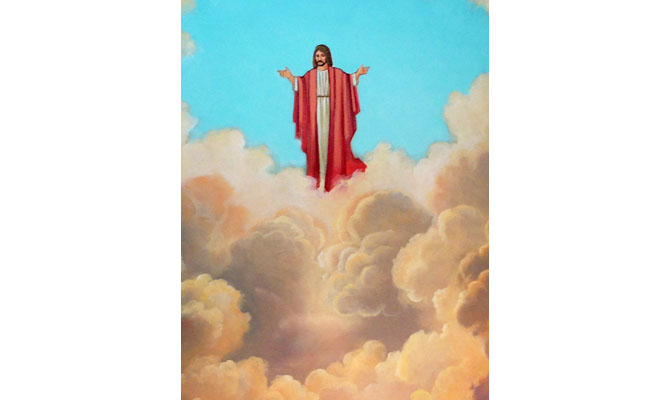 Jesus mural in the diorama 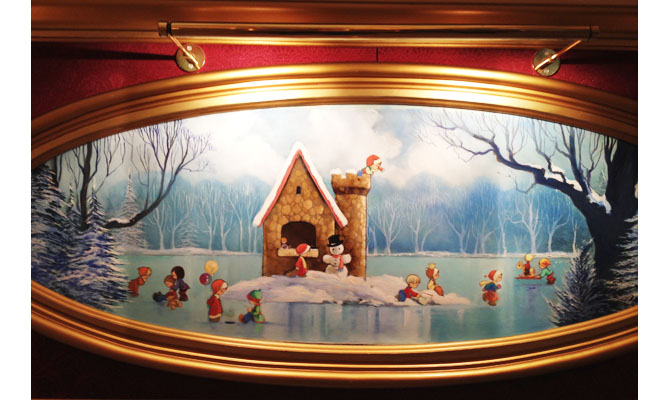 Stained glass decoration for a door 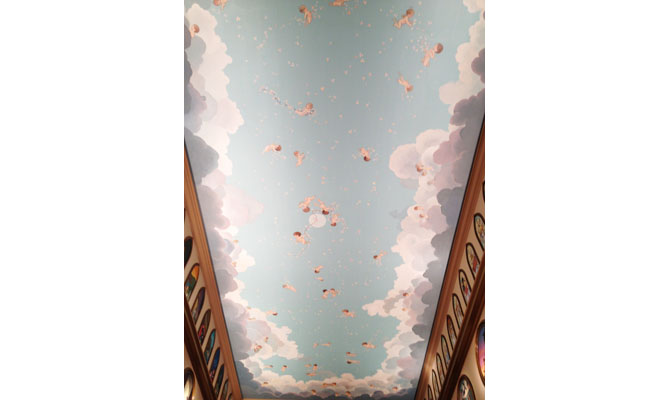 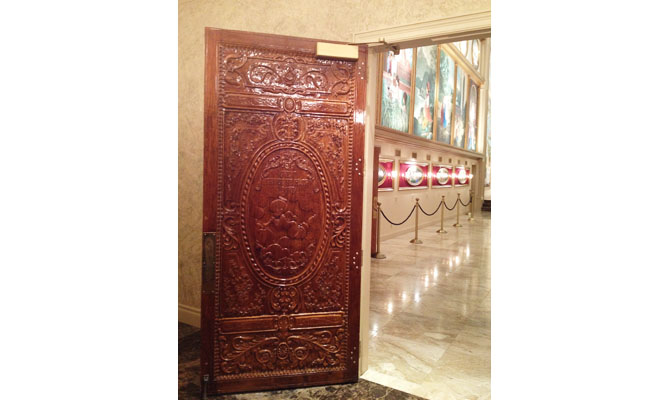 Entrance to the chapel, looking in 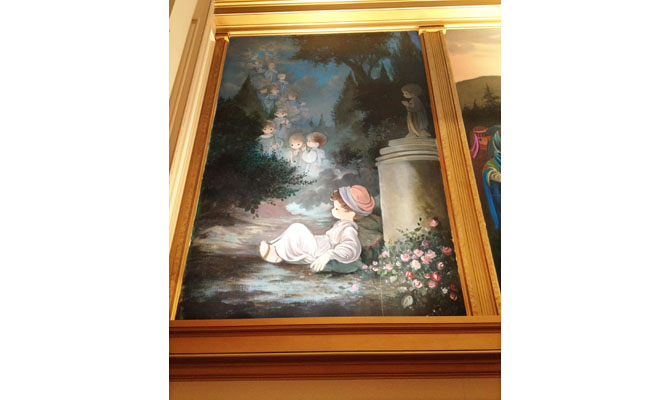 Jacob’s Dream from the Old Testament 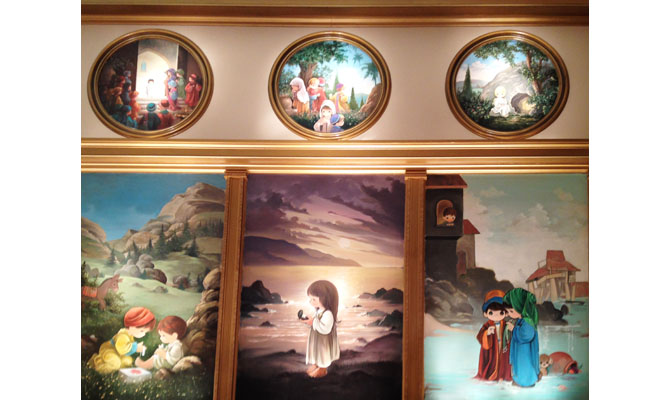 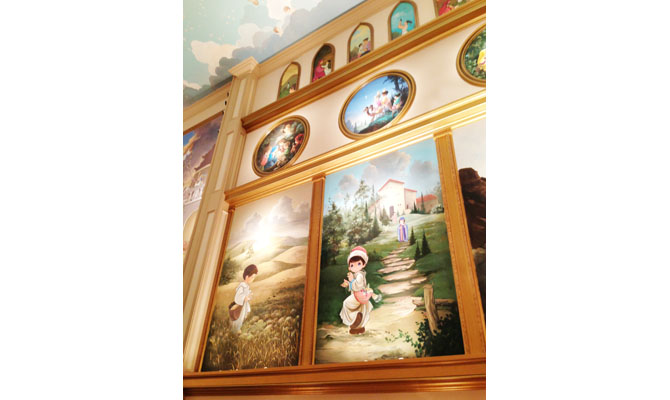 View of the sidewall featuring the parables from the bible: The Sower and the Prodigal Son

View of the sidewall featuring the murals of Old Testament characters 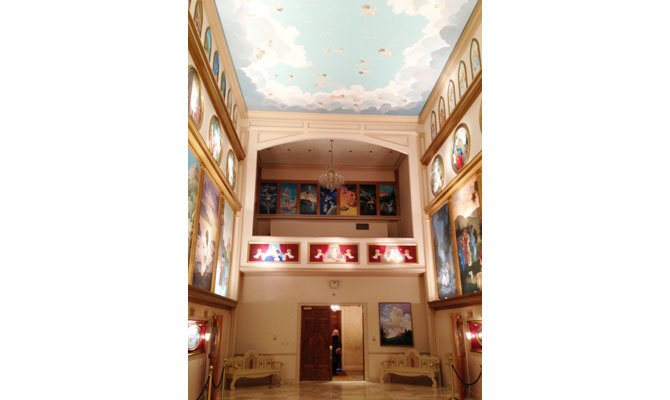 View of the Chapel’s entrance 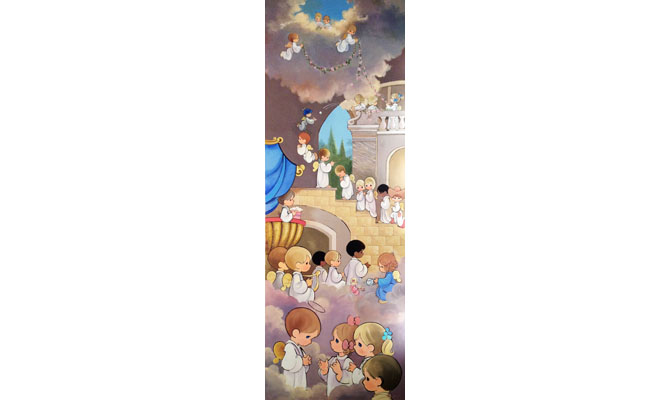 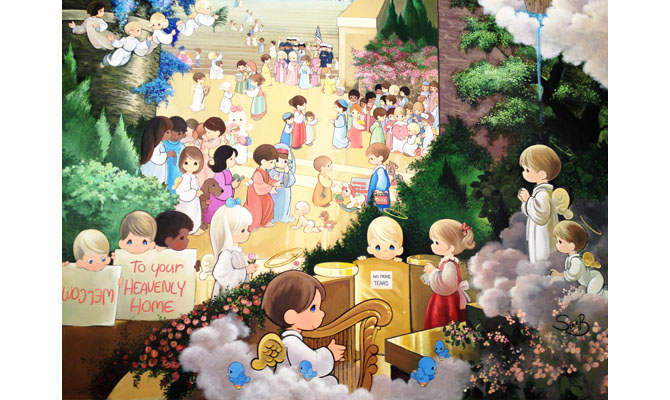 Detail of the front altar piece called the Hallelujah Square 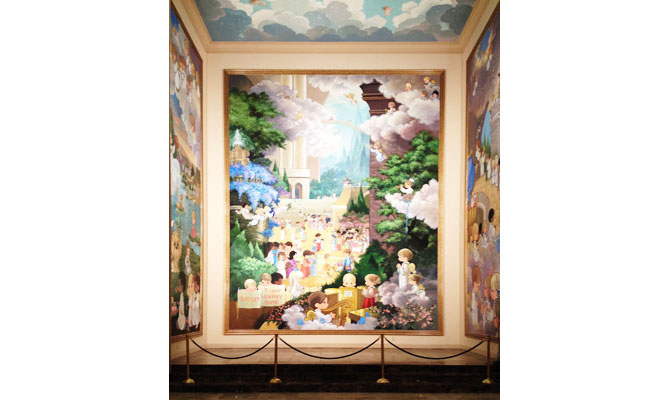 Over the Christmas break, I visited St. Louis, MO area where my boy friend is originally from. It is always a bit of a culture shock to leave the coastal enclave of cosmopolitanism (or den of atheism :)) that I am used to and visit the “heartland” of America. Here in Midwest, people at every store and restaurant are incredibly patient, pleasant and accommodating (almost making my inner New Yorker feel uncomfortable). Also refreshing is the utter avoidance of trendy diet fads (no carbs, no fat, paleo, gluten free diet, anyone?), foodie excesses (no artisanal hand-cured proscuitto made by a bearded hipster, who grew and butchered the pig himself) and stressed-out hollow-eyed women picking at salads for lunch. Instead, we see families of men dressed in matching camo hunting gears, who go out in the early morning to shoot the ducks, but refuse to eat them. (Apparently due to weird taste. See Anthony Bourdain‘s travel TV series, No Reservations, Season 10, Episode 5: Ozarks)  In this spirit of exploration of “the other,” we went to Precious Moments Chapel in Carthage, MO.

Precious Moments Chapel is a theme park, run by Precious Moments, Inc., a catalog order company that sells “giftware” of figurines, but nonetheless cloaked in Christian spirits. The Chapel, designed by Samuel J. Butcher, is touted as inspired by Michelangelo‘s Sistine Chapel in Rome. It is decorated with gigantic murals with doe-eyed (or tear drop shaped, according to the promotional material) cartoon characters (Precious Moments messengers), depicting heavenly salvations and stories from the bible, and arranged indeed like classic Renaissance chapels like Giotto’s Scrovegni Chapel (rather than much grander Sistine Chapel, but perhaps Giotto was too obscure for the target audience). My first impulse upon entering this kitschy yet pious sanctuary (after passing through obligatory gift shops and candy stores where you can buy many different figurines depicted in the murals) was a total dismissal and an outraged disdain at the audacity to compare itself to Sistine Chapel. It is perhaps pointless to compare masterpieces of Renaissance art with gaudy, souvenir-pushing murals with simple messages of heavenly deliverance. Yet, there is some high art ambitions and genuine sincerity to these murals, and despite the saccharine cartoon characters drawn rather clumsily, the backgrounds are rather painterly, some of them coming very close to Lisa Yuskavage paintings (particularly see Photo 8). The strict line dividing high and low art has crumble long ago and after all the original church paintings served as indoctrinational tools for church officials for the largely illiterate masses. If art is a reflection of the society and culture that produces it, Precious Moments Chapel is truly Sistine Chapel that America deserves right now: an unholy blend of sincerity, sentimentality, pious righteousness and uncanny commercialism. Isn’t that the essence of the pop culture that we worship anyway?