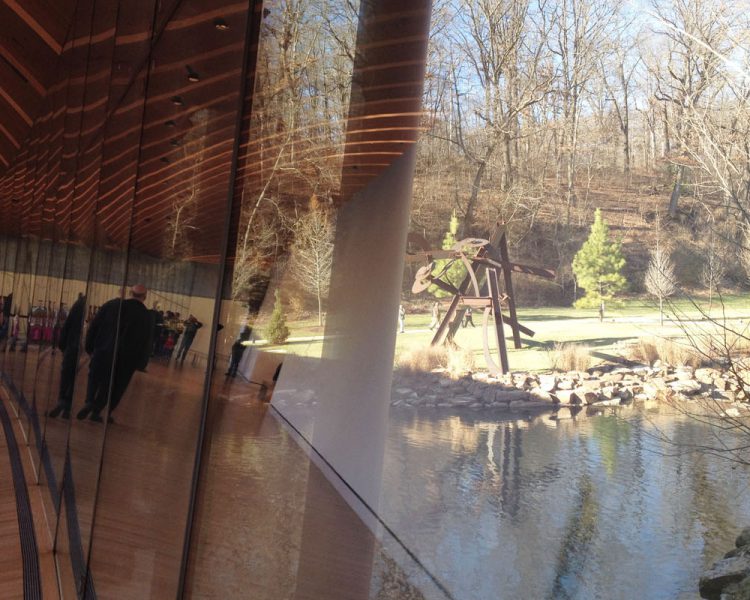 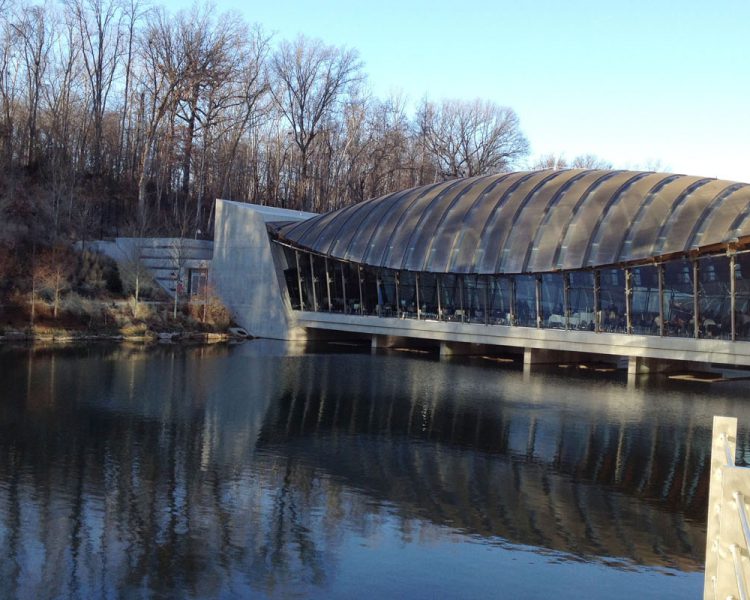 Nick Cave, Soundsuit, 2009 and the view of the contemporary collection 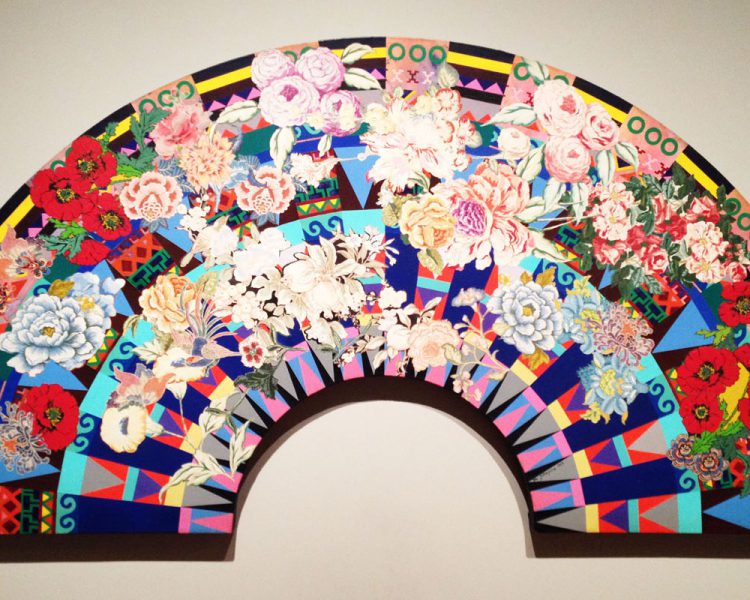 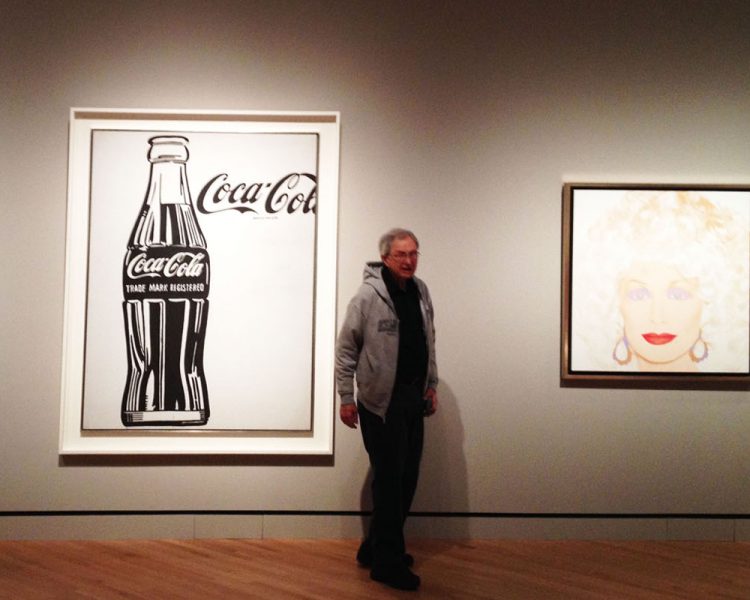 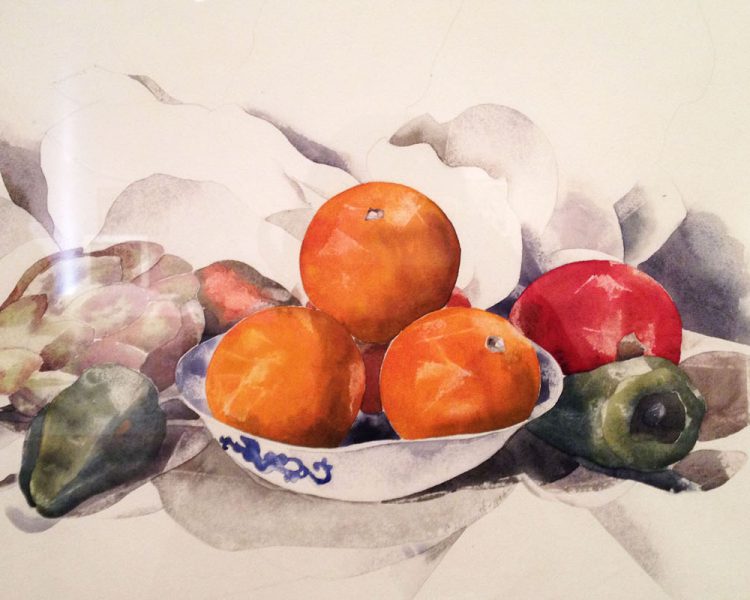 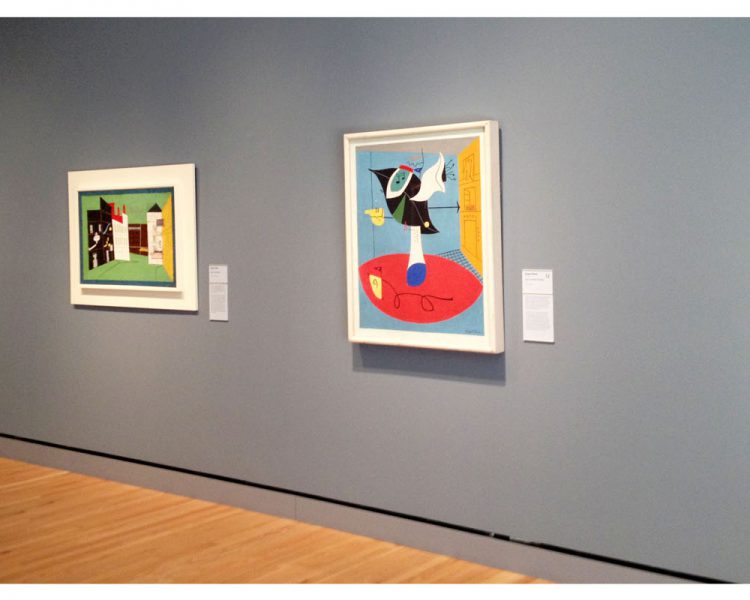 Stuart Davis, Still Life with Flowers, 1930 (in the middle) and other Davis paintings 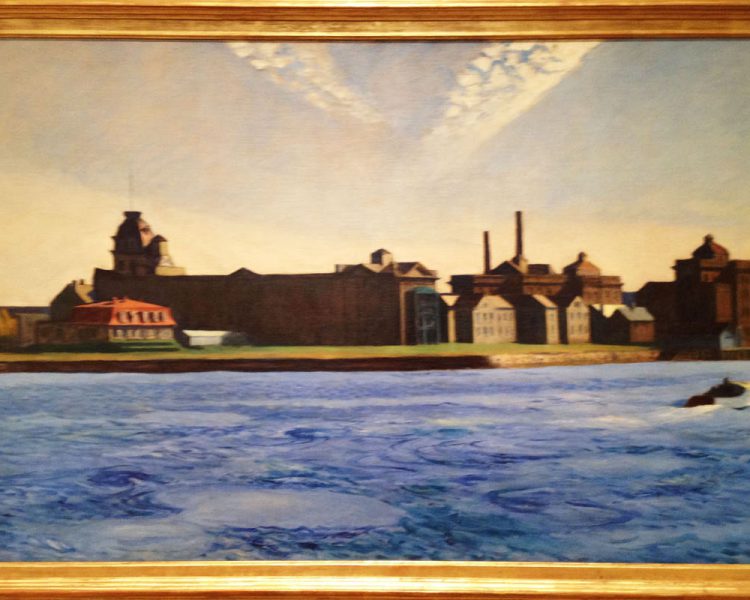 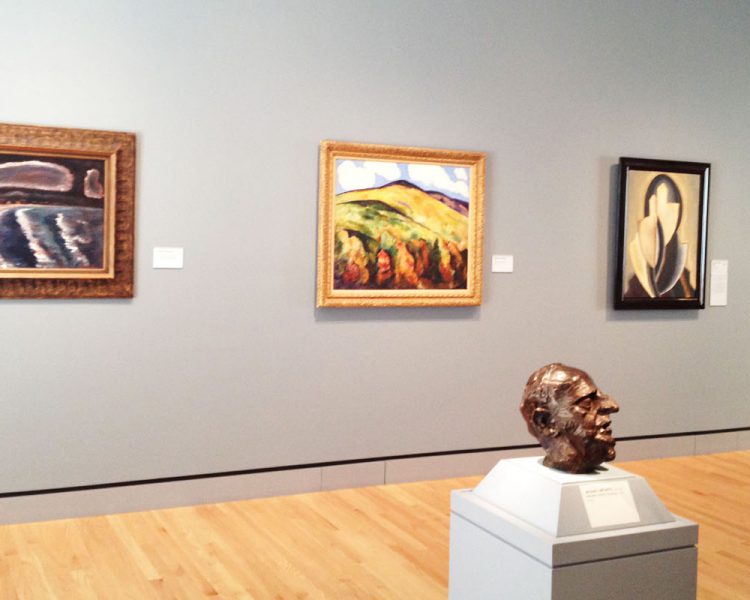 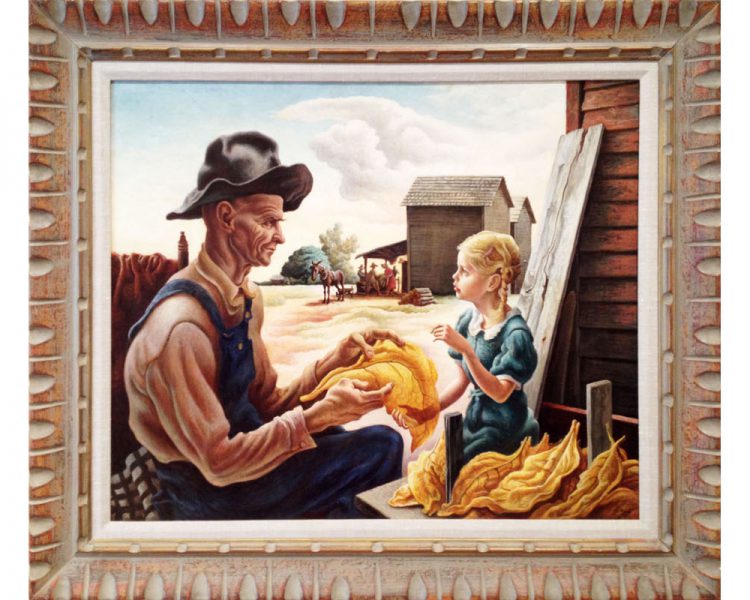 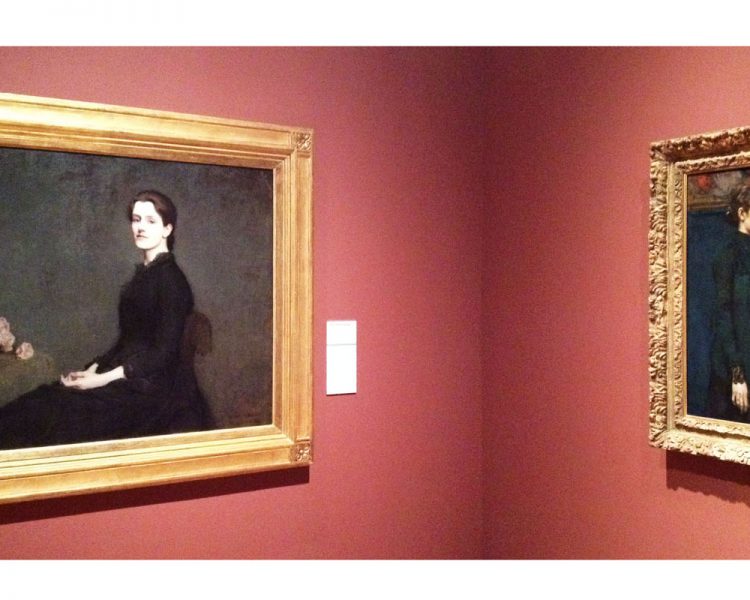 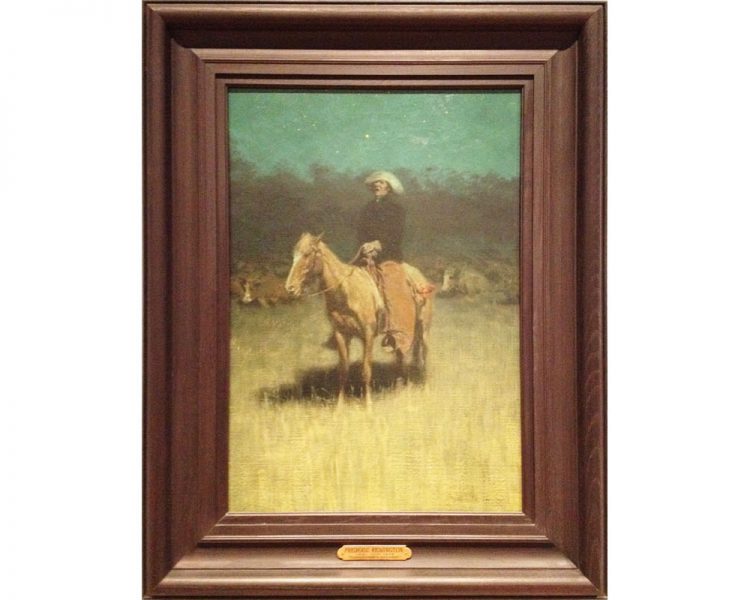 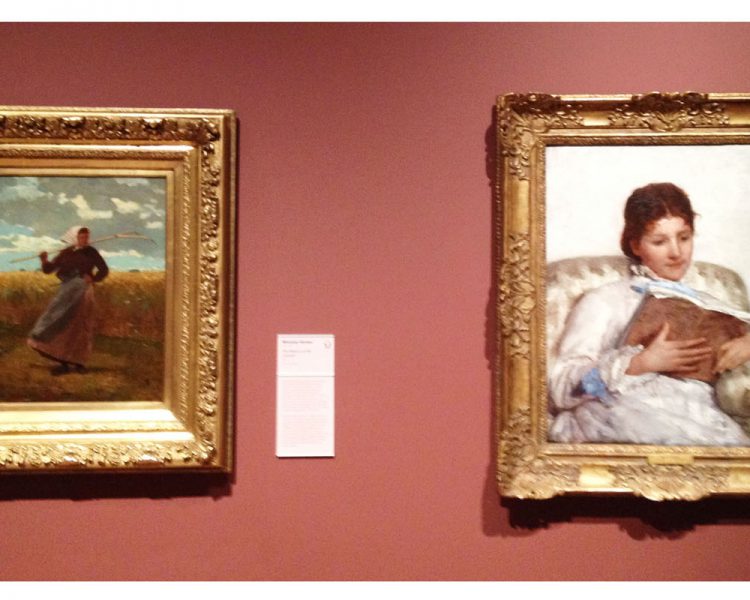 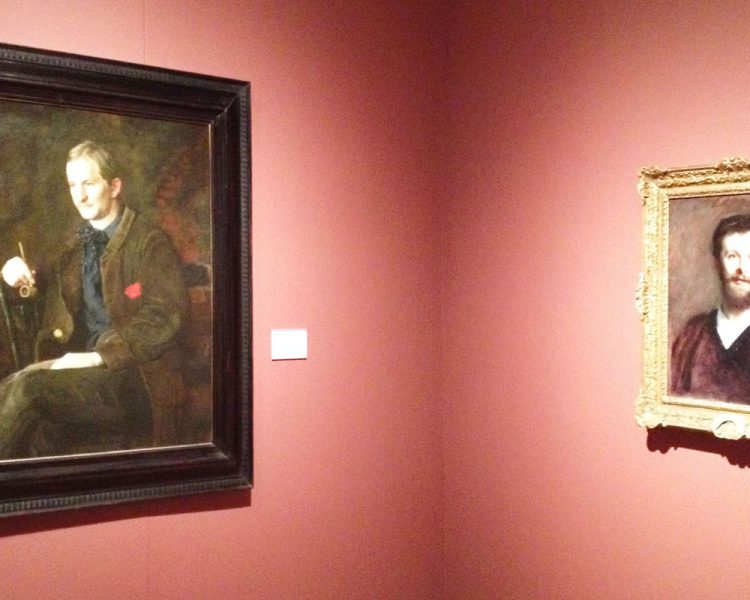 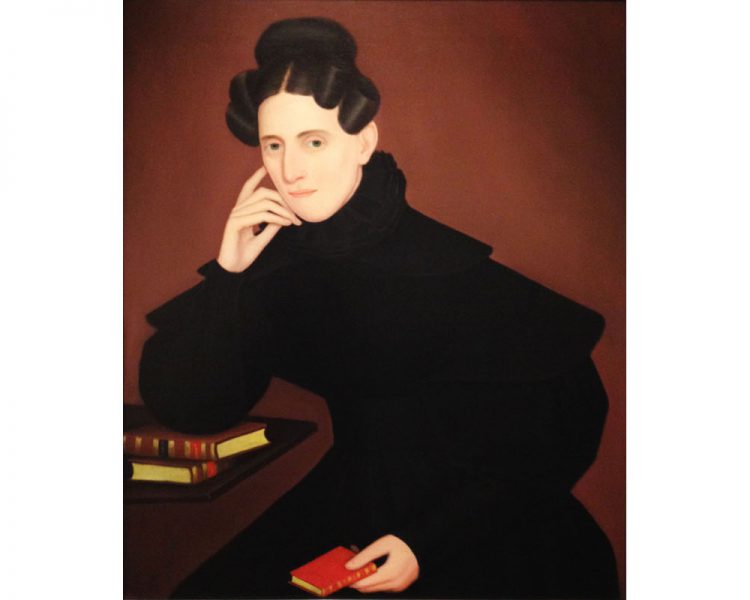 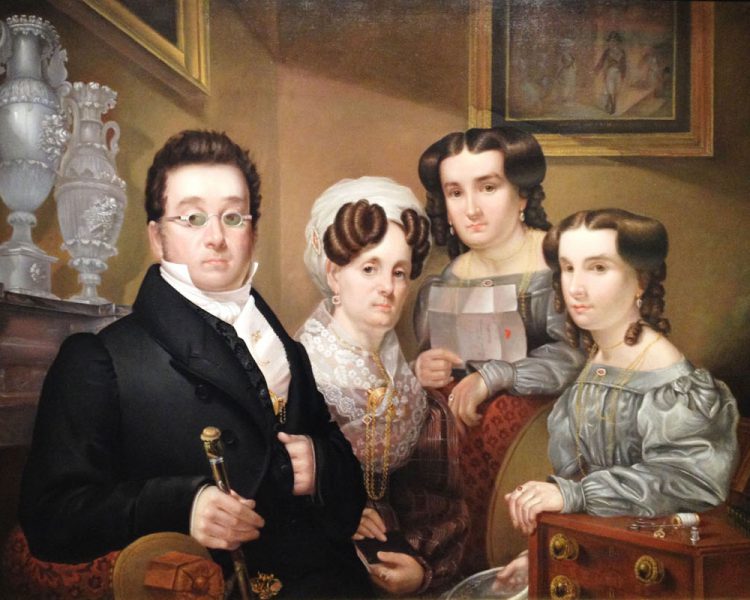 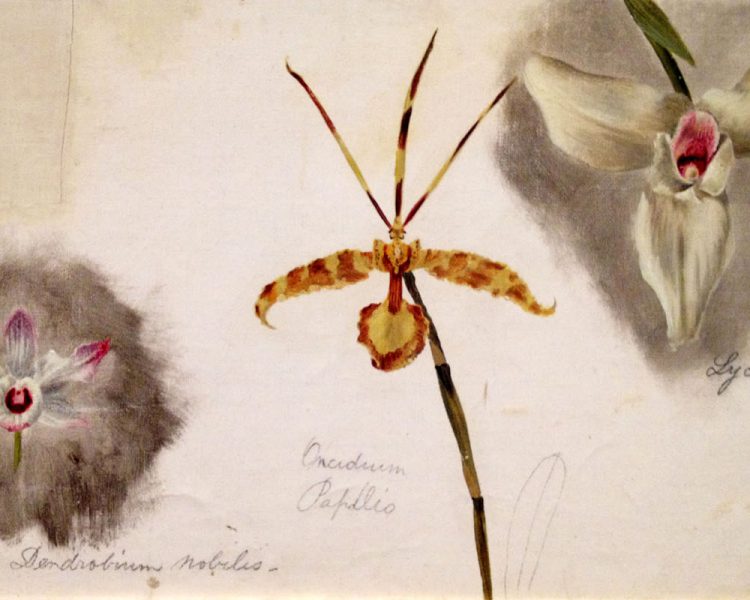 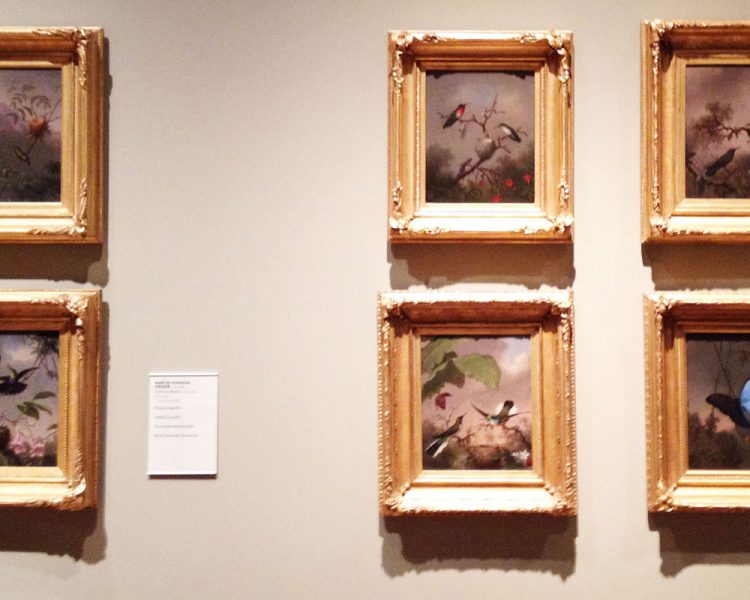 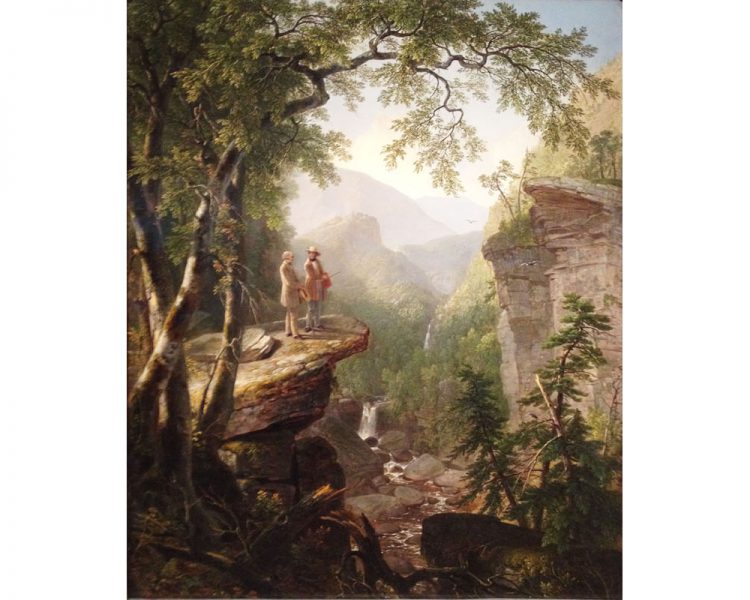 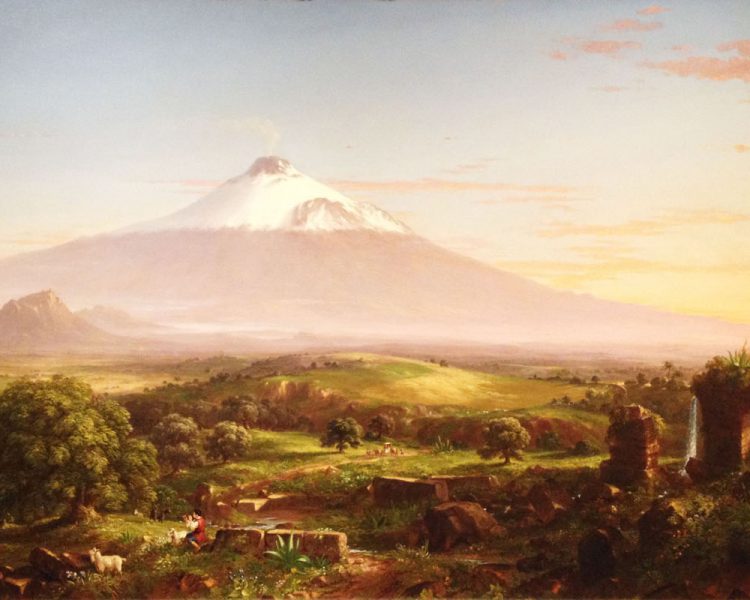 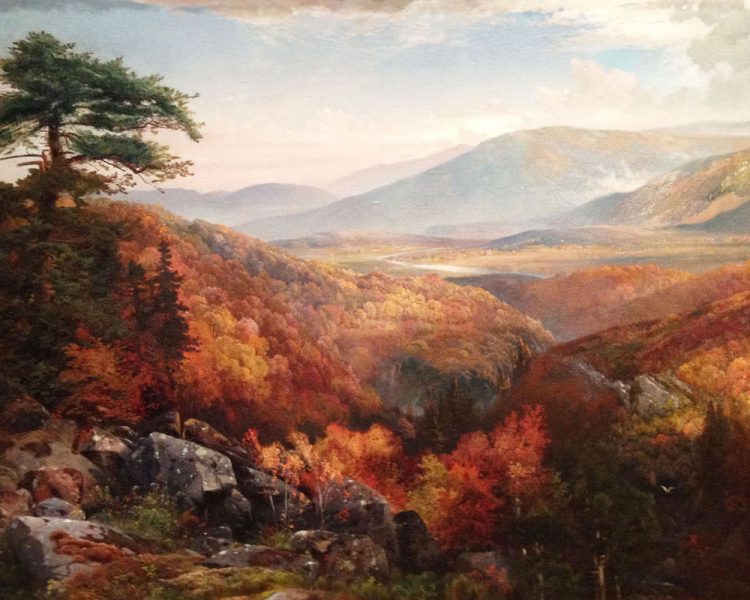 Thomas Moran, Valley of the Catawissa in Autumn, ca. 1862

Another memorable place that I visited during my Christmas holidays is Crystal Bridges Museum of American Art in Bentonville, Arkansas, a diaphanous shrine to American fine art. The museum, founded by Alice Walton, the daughter of Walmart founder Sam Walton, opened on 11 November 2011 in an area that lacks any large fine art museums. First major art museum opened since 1974, the museum had $488 million in assets as of August 2008, of which over $317 million has been donated by Alice Walton. The museum first attracted public attention with Alice Walton’s purchase of the coveted Asher B. Durand landscape entitled Kindred Spirits  (Photo 4) from the New York Public Library for more than $35 million in a sealed auction in May 2005. Calming the concerns that a major American work of art will be forever disappear from the public eye, Walton revealed the extent of the ambition for the museum. I found the museum’s collection of  Colonial and 19th century work one of the best in the country covering well-known paintings such as Charles Willson Peals’s George Washington, 1780-82, Kindred Spirits, many strong Hudson River School paintings, excellent Thomas Eakins (Photo 9) paintings, including Professor Benjamin Howard Rand, 1874 and amusing oddities like Edward Dalton Marchant‘s portrait of Samuel Beals Thomas family (Photo 7).

The museum continues its ambitious acquisition program: in September 2012, the museum announced the acquisition of a major 1960 painting by Mark Rothko entitled No. 210/No. 211 (Orange). The abstract expressionist painting had been in a private Swiss collection since the 1960s and had only been shown in public twice. When I visited last month, the museum also unveiled the new acquisition of Andy Warhol, Coca-Cola (3), 1962 (Photo 21). The museum’s permanent collection features American art from the Colonial era to contemporary work, and one of the pleasures of the museum for me was abundance of the work from somewhat neglected American painters such as Thomas Hart Benton (Photo 13) and Marsden Hartley (Photos 14-16). One of my favorite pieces was Hartley’s Red Flowers and Sailboat from the early 1930s (Photo 14). The collection feels very personal rather than obligatory historic survey of important artists. Another distinctive feature of the museum is free public admission sponsored by Walmart. Combined with the fact that the museum is located in a region where no similar art institutions exist, the museum visitors were not your typical art museum goers, who are generally older, college educated and white (See here for some statistics). Accordingly, the guards at the museum were very solicitous and helpful in guiding visitors in appropriate behavior rather than standing around and then swooping at the last minute to chide you not to get too close to the art work. The visitors were overwhelmingly family, many with young children (this might have been due to the timing of my visit during Christmas holidays) and many who have never been to any art museums before, and I was immensely encouraged by the efforts of many people awkwardly and intensely trying to look at the work. Only if jaded New York museum goers were as serious!