Summer Gallery Round Up 2013: Lower East Side & Chelsea 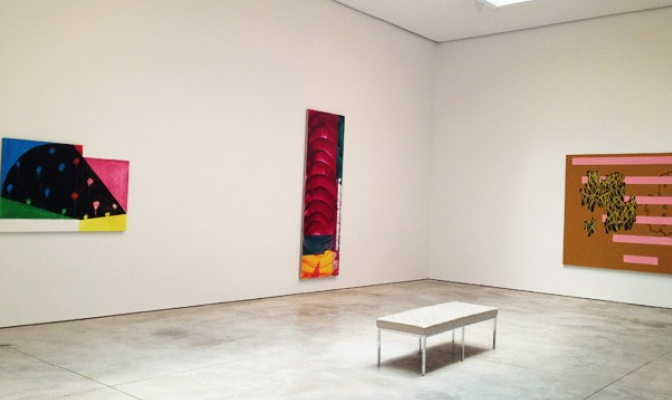 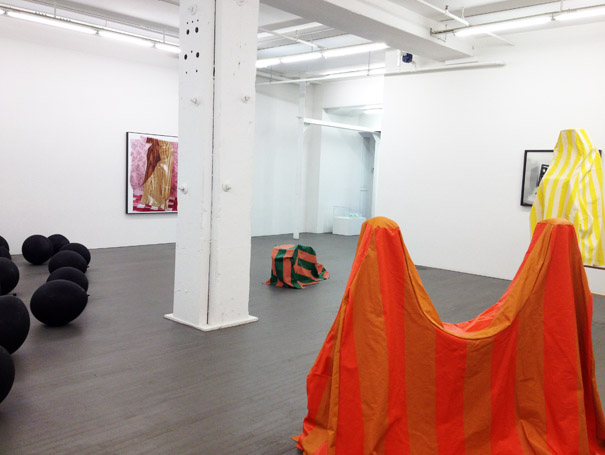 Installation view of B.B.S.Q at Wallspace 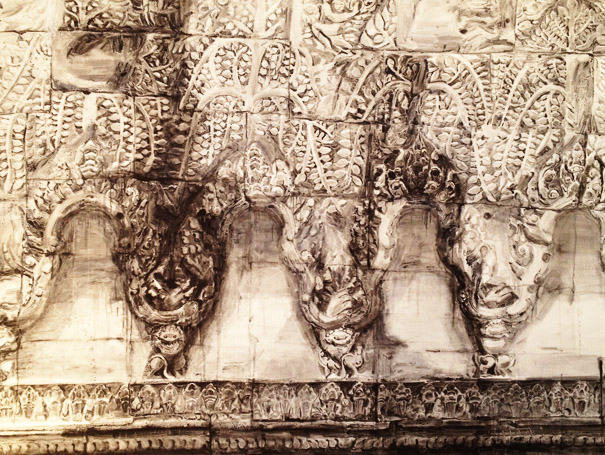 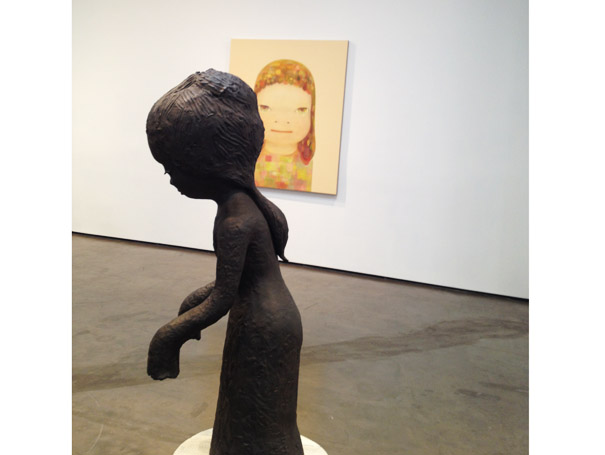 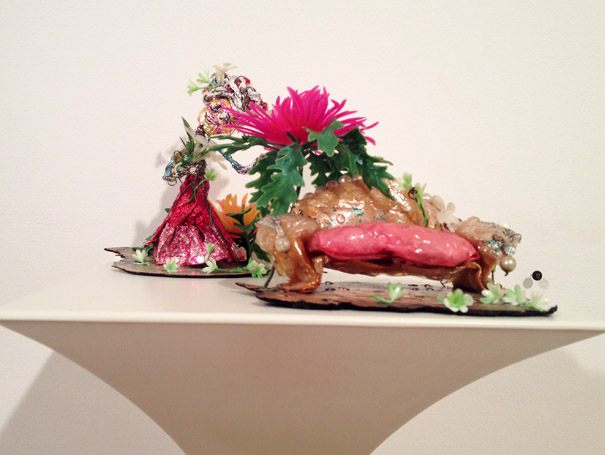 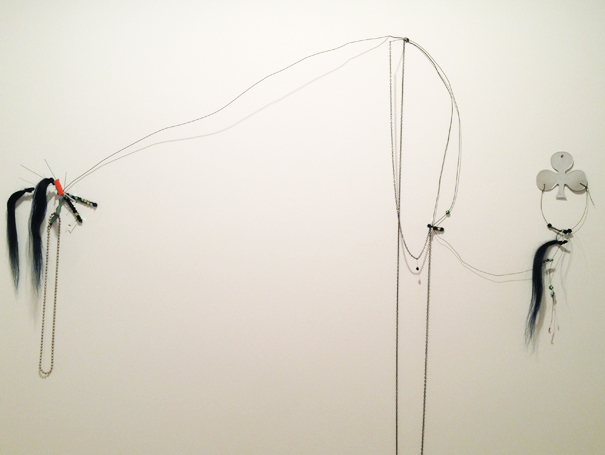 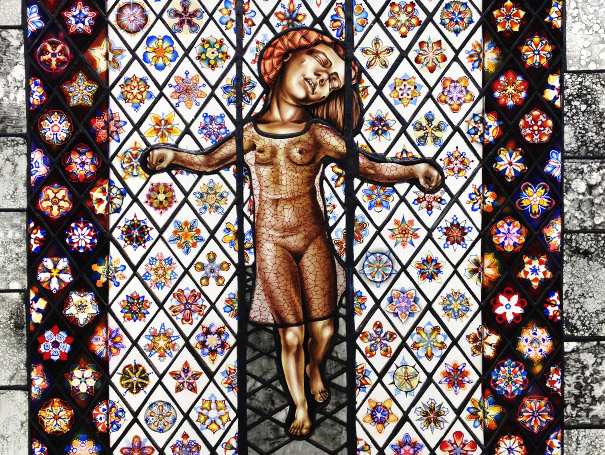 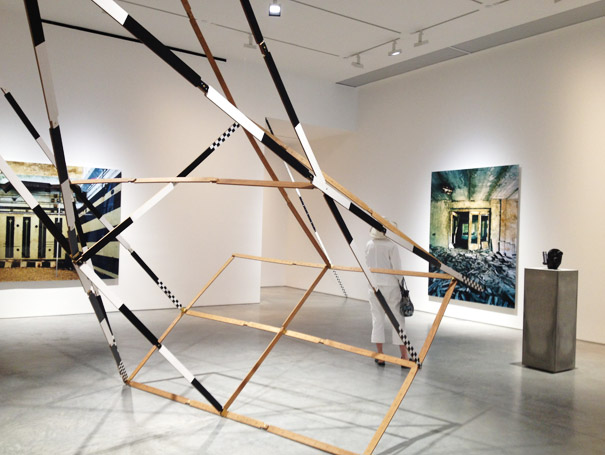 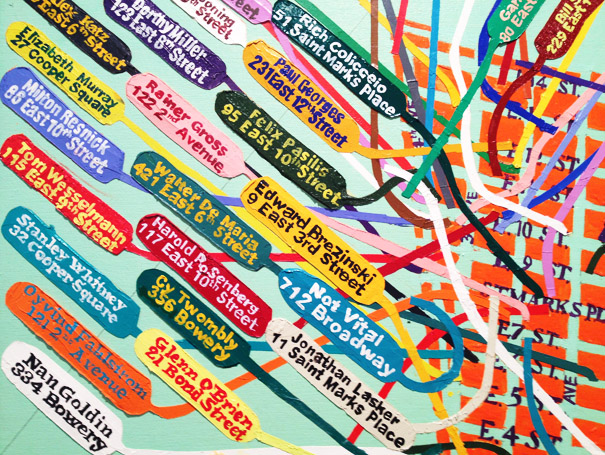 Loren Munk, The East Village, detail in The Decline and Fall of the Art Wiorld, Part IL The One-Percenters at Freight & Volume 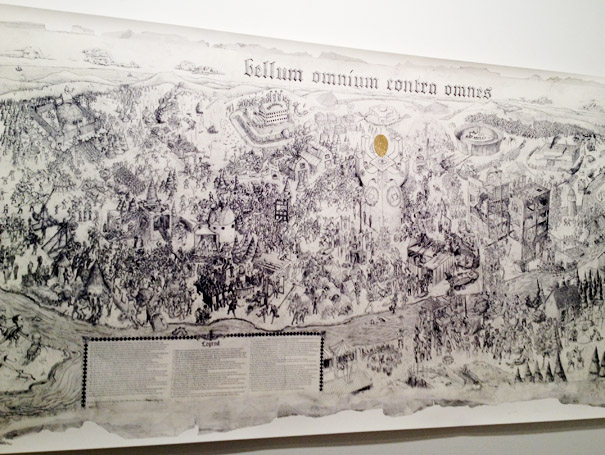 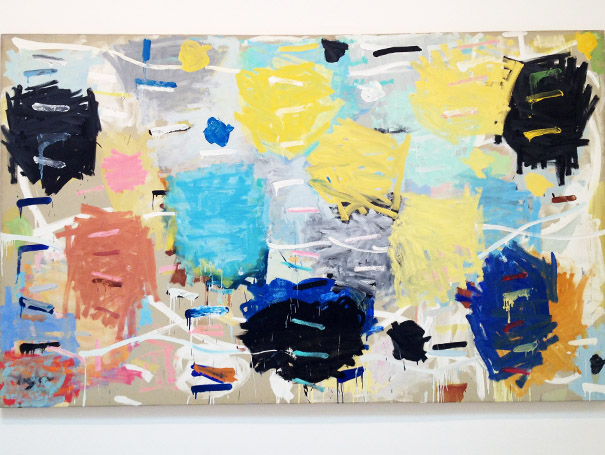 Joan Snyder, Beanfield with Music, 1984, oil and acrylic on canvas at Cheim & Read 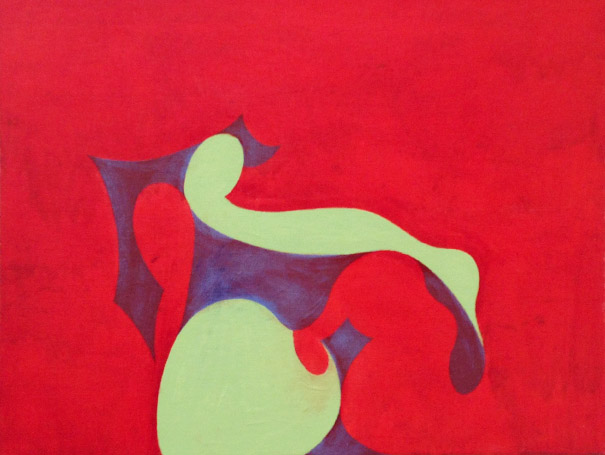 Thomas Nozkowski, Untitled, 1988, oil on canvas board at Cheim & Read 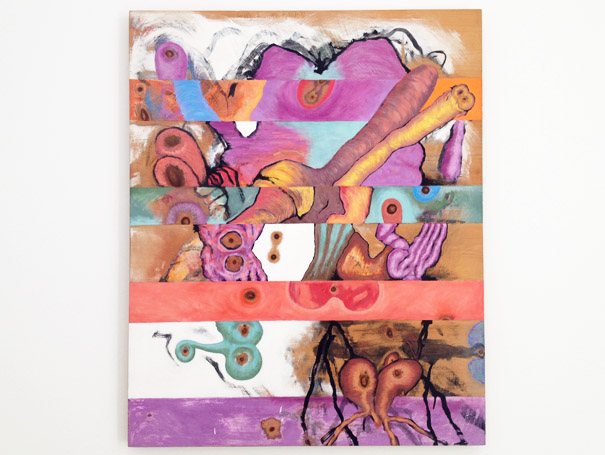 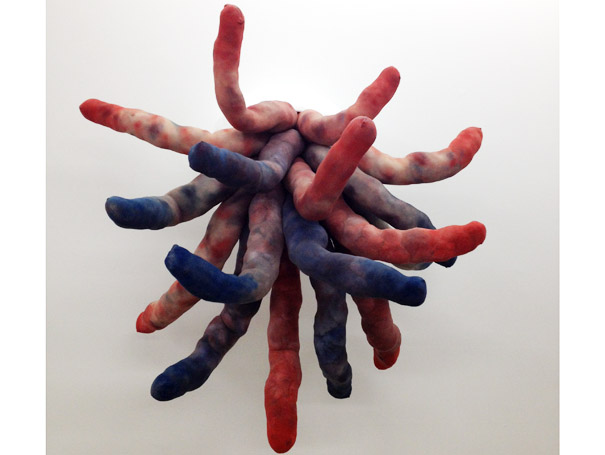 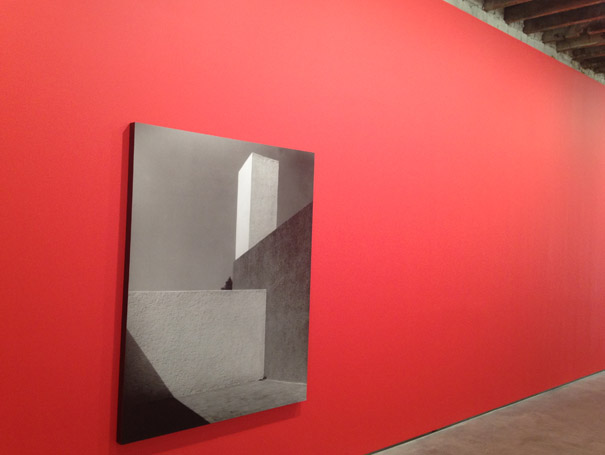 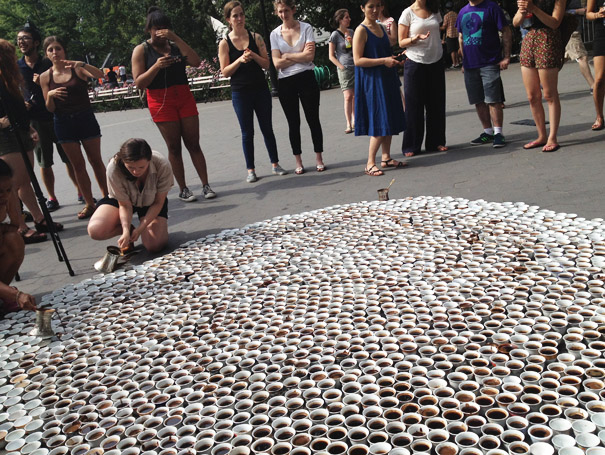 Aida Sehovic, Sto Te Nema (Why are you not here)? at Washington Square Park, a living memorial to Srebrenica 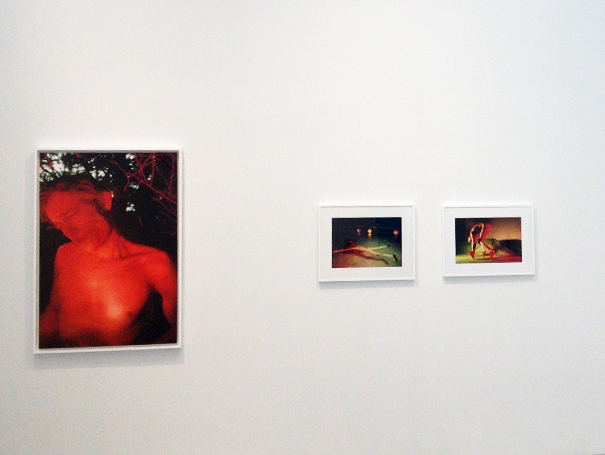 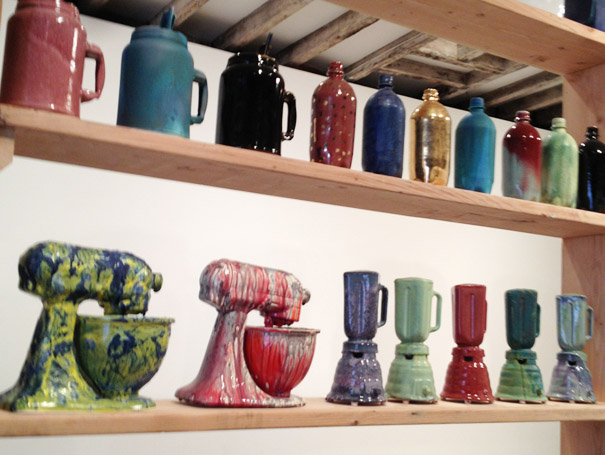 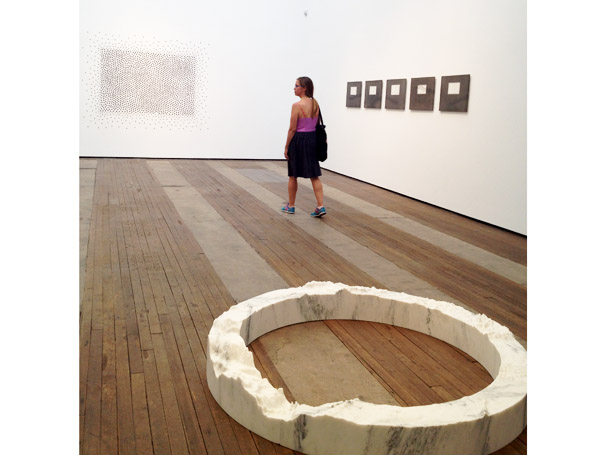 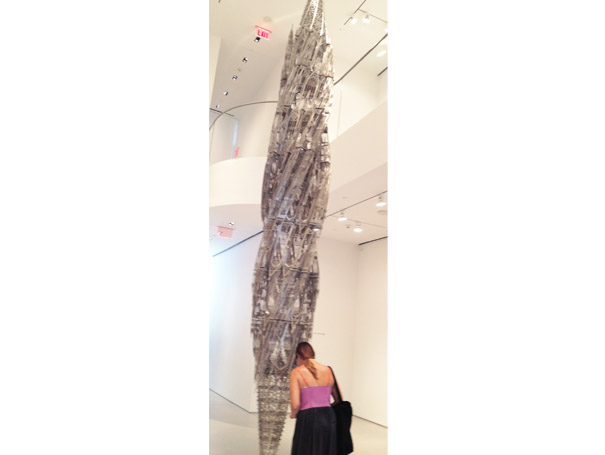 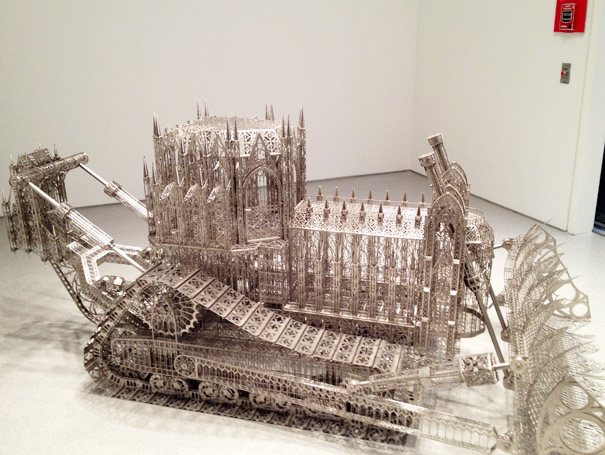 Finally! The nice summer weather is here: sunny, warm and not so humid. It is time to get out and catch all the good shows that will be closing next week or so. For this post, I combined galleries in Lower East Side and Chelsea that I have visited from late June to late July. Already there were many galleries that shuttered for the summer, and many that had great solo shows and museum quality group shows as well as usual crowd pleasing, but perhaps obvious shows. I am also introducing a slide carousel system for more organized visual presentation of what I have seen. I hope that you like it as much as I do.

The most memorable show in Lower East Side was Wim Delvoye‘s solo exhibition at Sperone Westwater, where the subversive Belgian artist is showing recent surrealist sculptures made in laser-cut stainless steel and bronze. As you enter the gallery, a monumental size (23 feet) Gothic tower, Suppo dominates the vast atrium space (Photo 2). Also to be installed is a large-scale polished bronze sculpture, Dual Möbius Quad Corpus, 2010, which depicts contorted and warped crucifixes in a Möbius band – a single closed continuous curve with a twist. Delvoye employs computerized reproduction techniques and then twists and further morphs their Baroque and Rococo forms even further. Even though we have seen similar works from this artist, I am always amused by the artist’s sense of irony in perceiving modernity and antiquity.