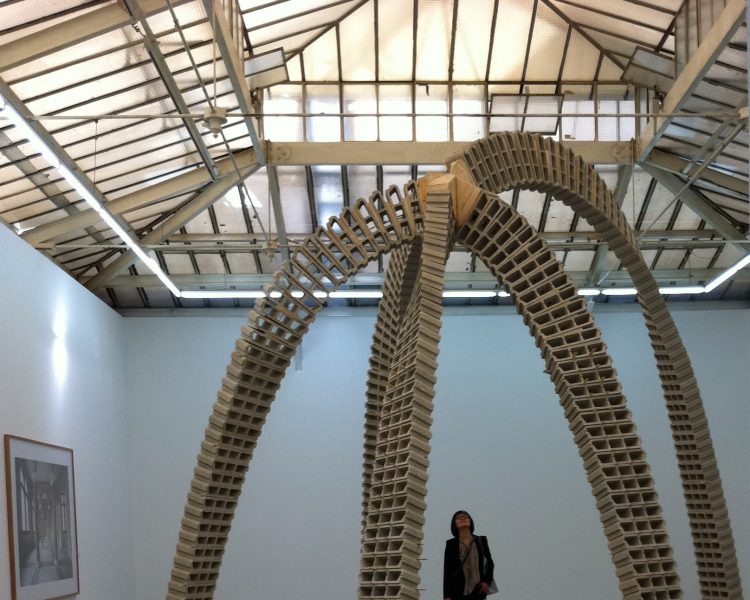 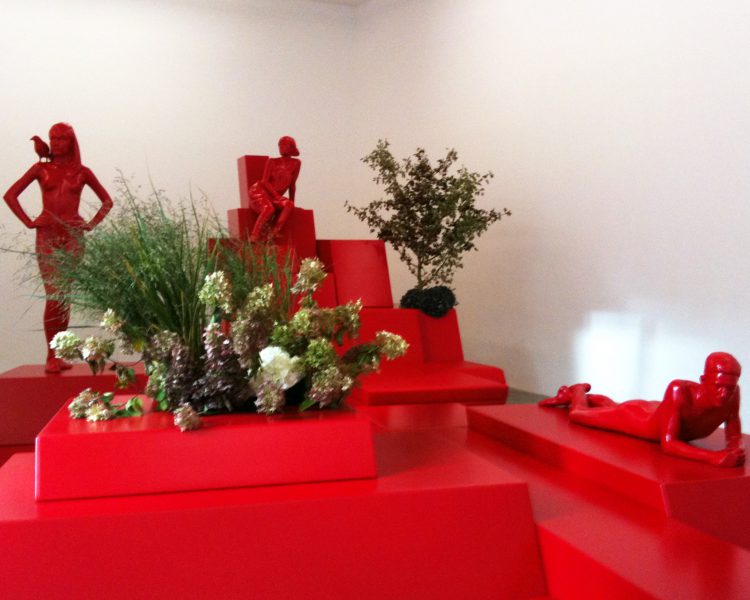 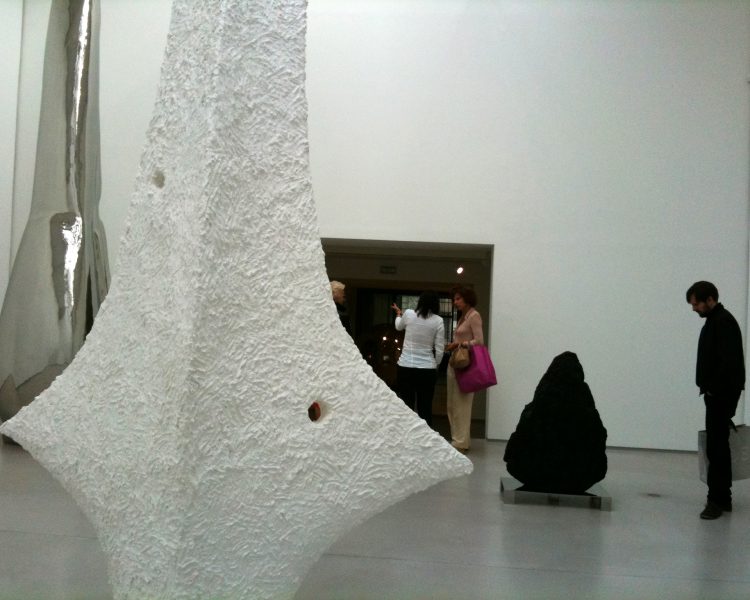 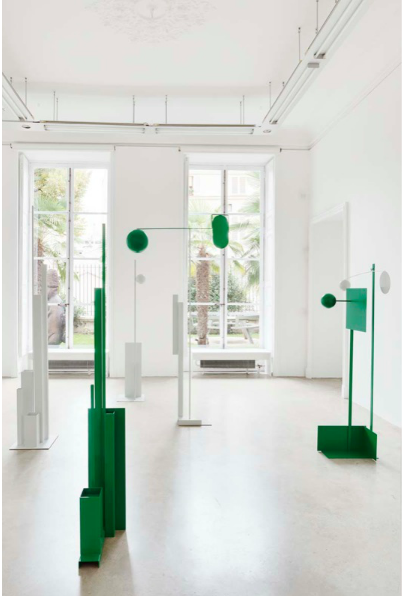 I have been neglecting my blog for a while, and there is a good reason for it. I went to France for 3 weeks for a long anticipated vacation. 🙂 I have eaten some amazing food and seen some interesting art.  I will post some of those in a few of my upcoming blogs.

Most bluechip galleries in Paris are concentrated in the Marais neighborhood, an old Jewish neighborhood in the central Paris that has suffered a similar fate like Soho and turned into an equivalent of a chic outdoor shopping mall.  Unlike Chelsea in New York, many galleries in Paris are tucked inside the courtyard and scattered throughout the neighborhood and somewhat tricky to find. Best strategy is to go to one of the bigger galleries such as Yvon Lambert and pick up the 6 page gallery guide called Galeries Mode D’emploi, which lists all the galleries in Paris with exhibition and opening dates. As a matter of fact, that is exactly what I did.

Yvon Lambert is showing a young French sculptor named Vincent Ganivert, whose monumental sculptures were a good fodder for the other artist shown there, Candida Höfer.  In one of the bigger galleries under architecturally amazing skylight, Ganivert built a 5 pronged arch made of cinder blocks and sustained entirely by tension without the use of any mortar (photo: above left).  In another room, he is showing a white sinks and faucets on plinth with water running on white dishes stacked high (photo: above right).  The sculptures were somewhat anemic but they held interests thanks to unique constructions and craftsmanship.

The other blue chip galleries that had showy sculptural shows were Galerie Perrotin showing Xavier Veihan (above left and below) and Galerie Thaddaeus Ropac showing Not Vital (above right). Both shows were meticulously produced and somewhat empty, but the interaction between the old interior and exterior architecture of Paris and the minimalistic sculptures were interesting.  I also visited somewhat smaller galleries in the neighborhood, that showed more interesting work. I will write about these shows soon.