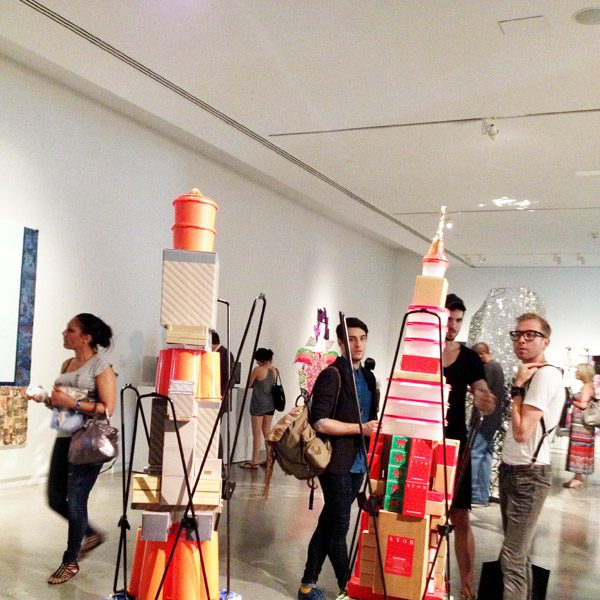 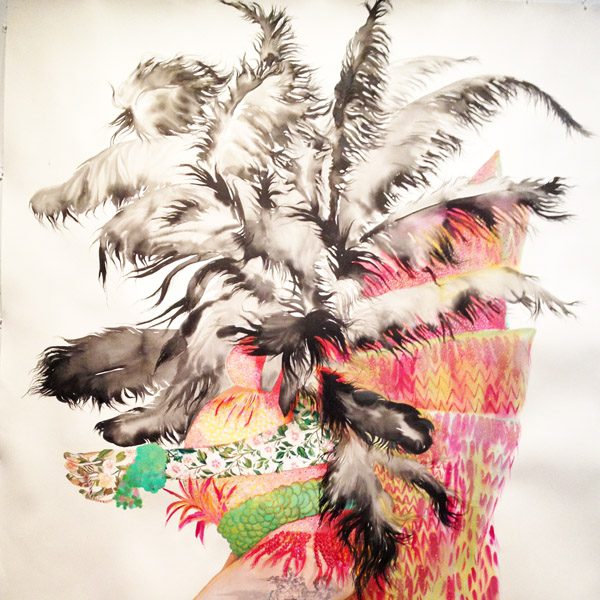 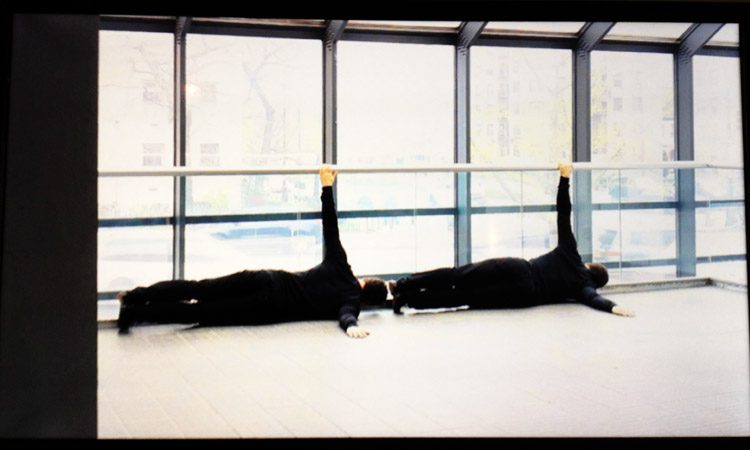 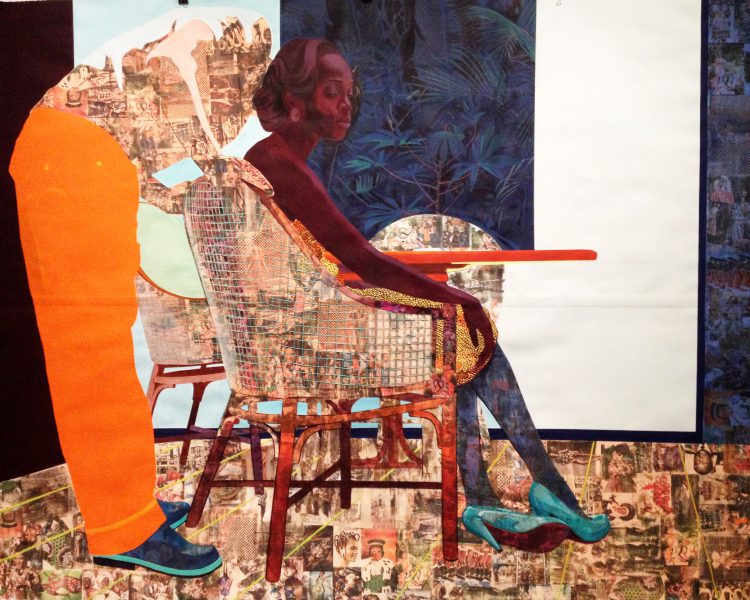 Njideka Akunyili, And We Begin to Let Go, work on paper 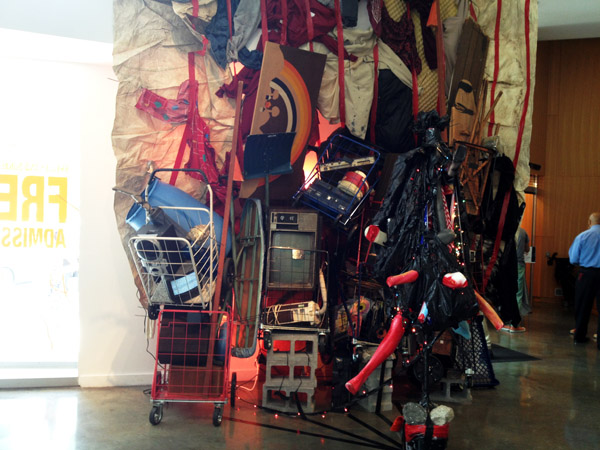 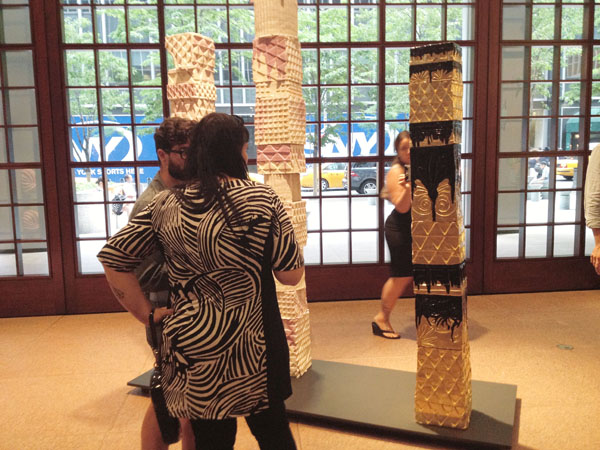 Second location for AIM at UBS Gallery in Midtown 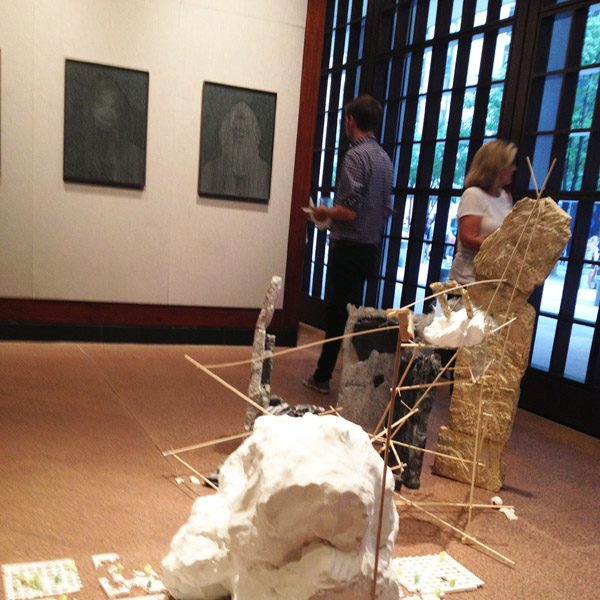 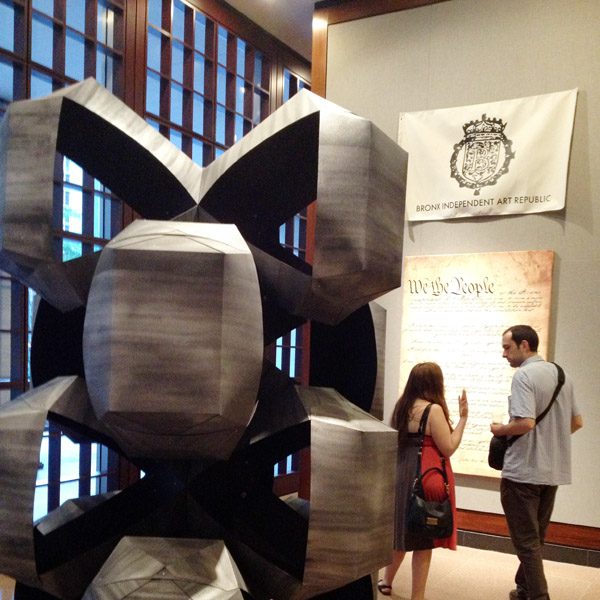 I participated in the Bronx Calling: First AIM Biennial 2 years ago, and enjoyed the experience tremendously. As they say, time flies, and already it is time for the second version of the show with all new artists participating in AIM program. Bronx Calling: The Second AIM Biennial feature the work of seventy-three emerging artists who participated in the Artist in the Marketplace (AIM)* program (classes of 2012 and 2013). The exhibition is presented at three locations: The Bronx Museum, Wave Hill & UBS Gallery. I went to the Open House at the Bronx Museum on Sunday, June 23 and the opening reception at 1285 Avenue of Americas Gallery (UBS Gallery) in midtown on Monday. The work featured were diverse both in media and content and showed what a new batch of emerging artists are interested in. Here are some photos from both openings.

*Bronx Museum has been sponsoring The Artist in the Marketplace (AIM) program since 1980 with the goals of providing networking opportunities for emerging artists residing in the New York and of introducing their work to a greater audience. Held in spring and winter, AIM sessions are led by a faculty of specialists and address areas of practical concern to artists including: career management and gallery representation; exhibition and public art opportunities; grant writing, copyright law, and marketing. Participating artists are encouraged to build their networks through the program’s collaborative structure. AIM culminates with a biannual exhibition organized by a team of guest curators, and an accompanying catalogue.