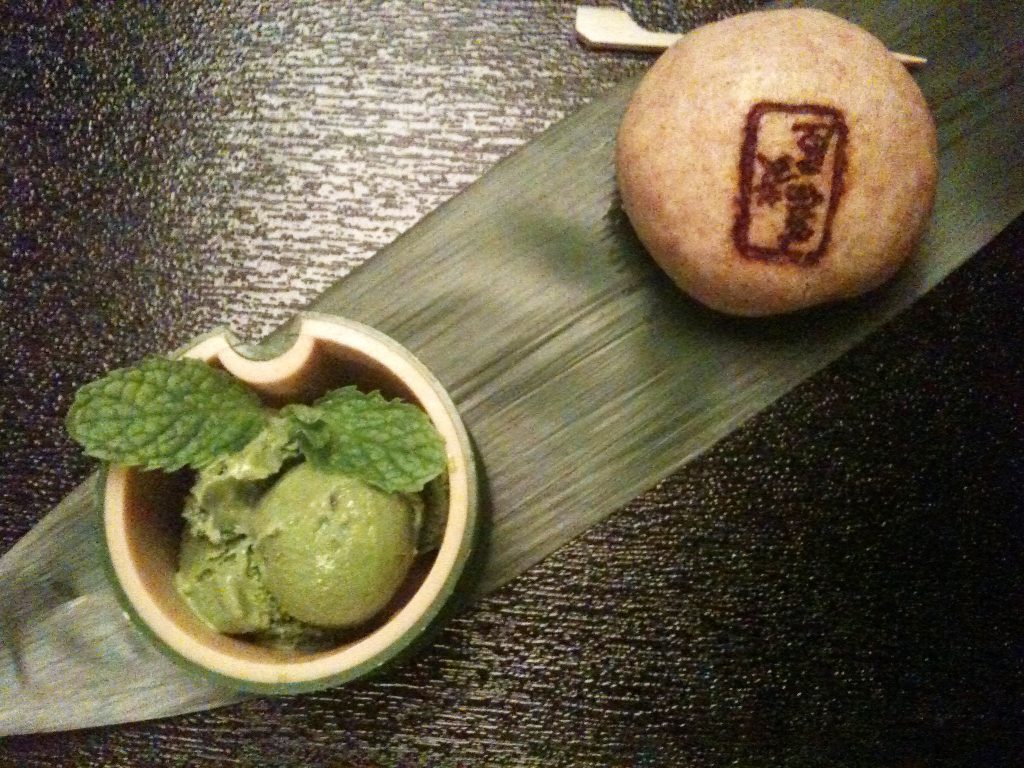 Neither Japanese nor Koreans are known for deserts, and I would always go for a killer chocolate cake than one of the rice cake confections, but sometimes chewy manju is just the thing, like after the other night after a satisfying bowl of udon at Sobaya. Of course, we wanted to eat at Ippudo just like all the other ramen crazied New Yorkers, but as usual, the wait for the table was more than an hour. Luckily for us, the nearby Sobaya is always calm and serene, we can always have a bowl of authentic udon or soba.  Long live the noodles!

Manju (饅頭?) is a popular traditional Japanese confection, related to better known mochi. There are many varieties of manju, but most have an outside made from flour, rice powder and buckwheat and a filling of bean paste, made from boiled azuki beans and sugar. They are boiled together again and kneaded. According to Wikipedia, there are several varieties of bean paste used for manju, including koshian, tsubuan, and tsubushian.

This entry was posted in Restaurants and tagged desert, noodle. Bookmark the permalink.