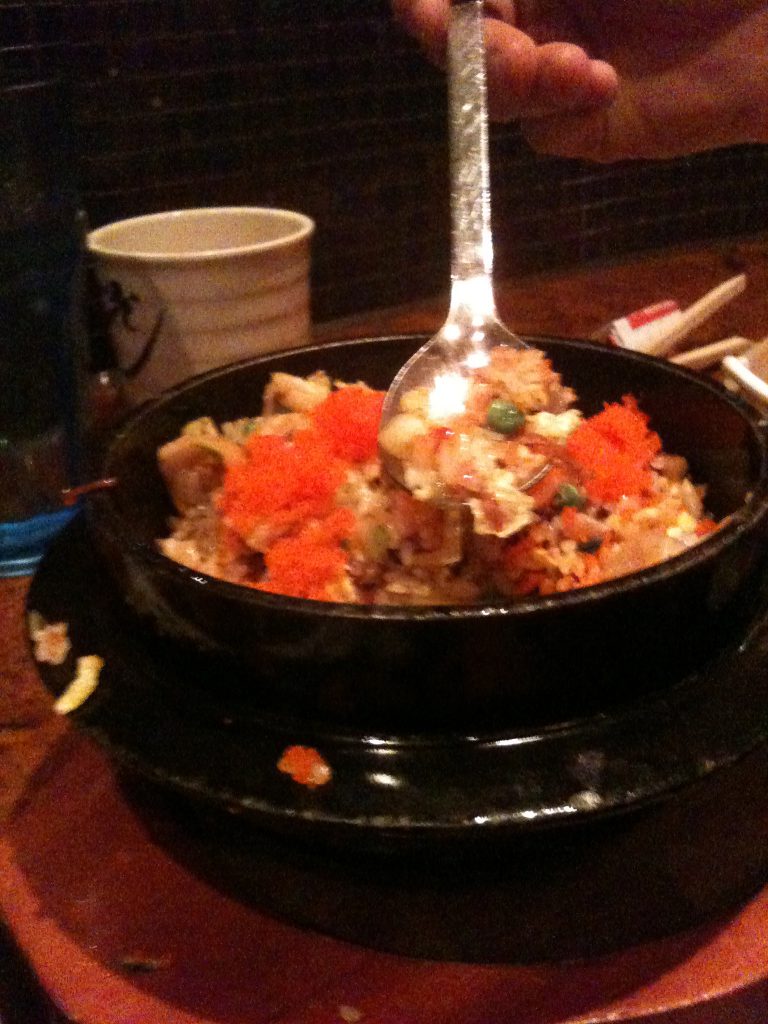 I had dinner at Shanghai Mong, a Korean-Chinese restaurant on 32nd Street with Ben last night.  It’s the only Chinese place on the strip of all Korean restaurants.  I normally go there to eat Jajangmyeon (also spelled jjajangmyeon; 자장면; 짜장면),  which consists of  thick wheat noodles topped with a thick sauce made of chunjang (a salty black soybean paste), diced meat and vegetables, and sometimes also seafood.  This is a very popular dish, especially among students and “salaryman,” for lunch and after-drink refueling.  And one of my favorites.  When I lived in San Francisco, this was one of the dishes that I missed the most from Korea.  But I felt like something different this time and ordered Rajoki, deep fried chicken nuggets with hot and spicy sauce.  This is different from General Tso’s chicken since the chicken is battered and fried lighter, and lots of vegetables and mushrooms come with the chicken.  Also if it is possible, even more garlics are used for Rajoki, and this is one of the distinctions of Korean style Chinese food.  Lighter and even stronger flavors, just like other Korean food.  Ben ordered something very unusual called Tukpaeki, which actually refers to the stone bowl.  This was a very unusual combination of Chinese style fried rice with Kimchi (!) that was topped with raw Tobiko (flying fish roe).  Very adventurous of Ben, and he loved it.  Both dishes were perfect for a cold night.  Oh, one last thing that is better about Korean Chinese restaurants: pickled veggies.  They always served pickled daikon radish, regular Korean Kimchi, and pickled cucumber at Shanghai Mong.  Yum.

This entry was posted in Restaurants and tagged chicken, Chinese, Kimchi, noodle. Bookmark the permalink.