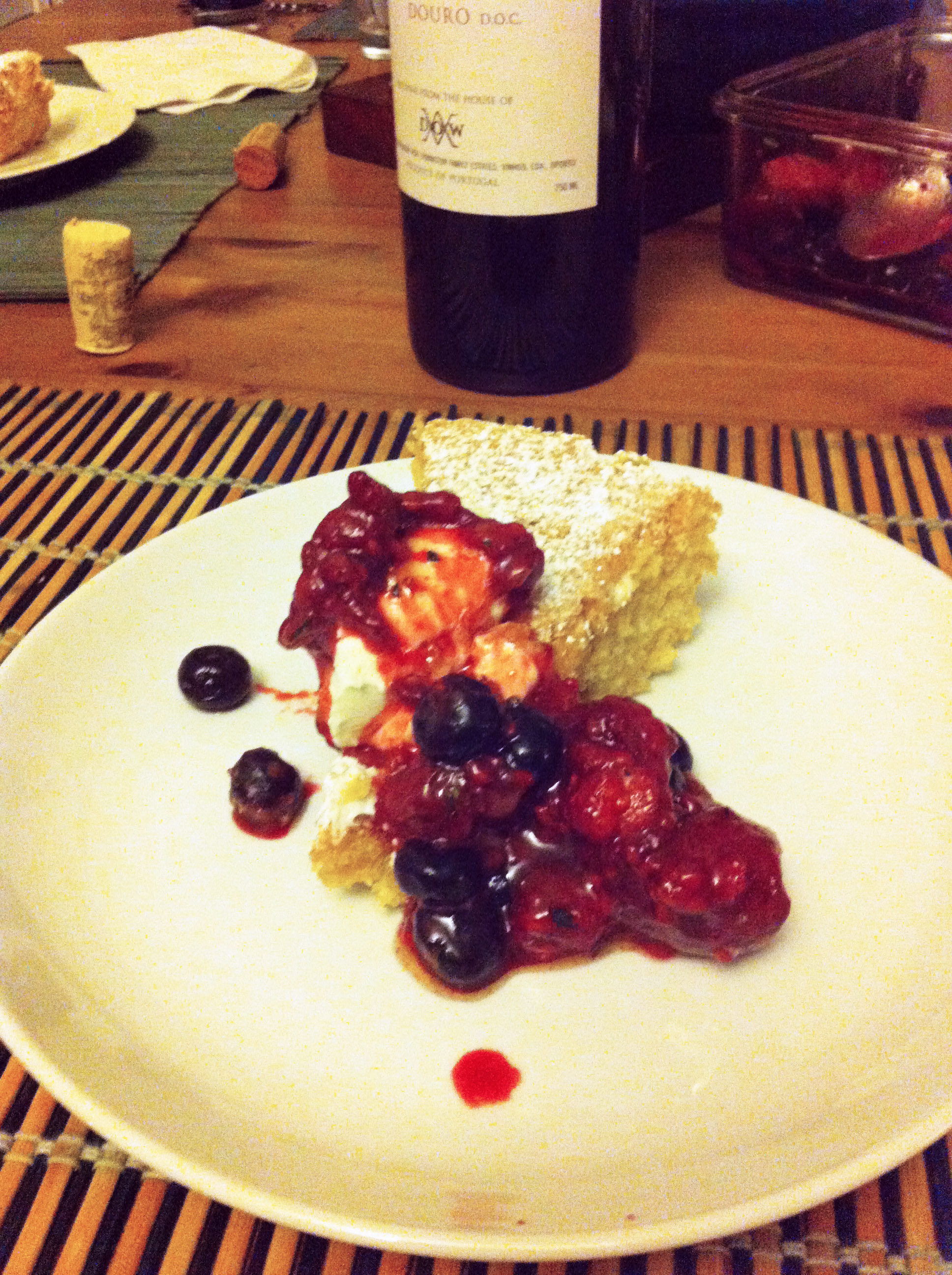 Recently I became gluten sensitive and decided to refrain from any food containing substantial amount of flour, which eliminated a lot of my favorite things to eat: ramen, dumplings, crusty country breads, croissants, fruit tarts, chocolate cakes or pretty much all the desert items except the ones in custard family (crème brûlée, pot de crème, panna cotta, flan, etc.) Although I love all things custardy, I missed biting into rich cakes, and then I found some recipes for flourless almond and chocolate cakes. I decided to try some of these cakes. Principally all the flourless cakes work kind of like soufflés, in that the loftiness and the texture of the cake is achieved by beaten egg white and yolks. As a result, when the cakes come out of the oven, they are very expanded and lofty, but as they cool down, they shrink quite a bit. Still the texture remains light and rich. The almond cake recipe that I tried was adapted from the Spanish version that nuns at the Convento de la Purísma Concepcíon have been making for the last half a century. The sisters pipe flowers using royal icing (beaten egg white and powdered sugar), but I served the cake with a dollop of crème fraîche and mixed berries macerated in olive oil, rosemary and sugar, which really went well with the cake.

Flourless Almond Cake when just came out of the oven 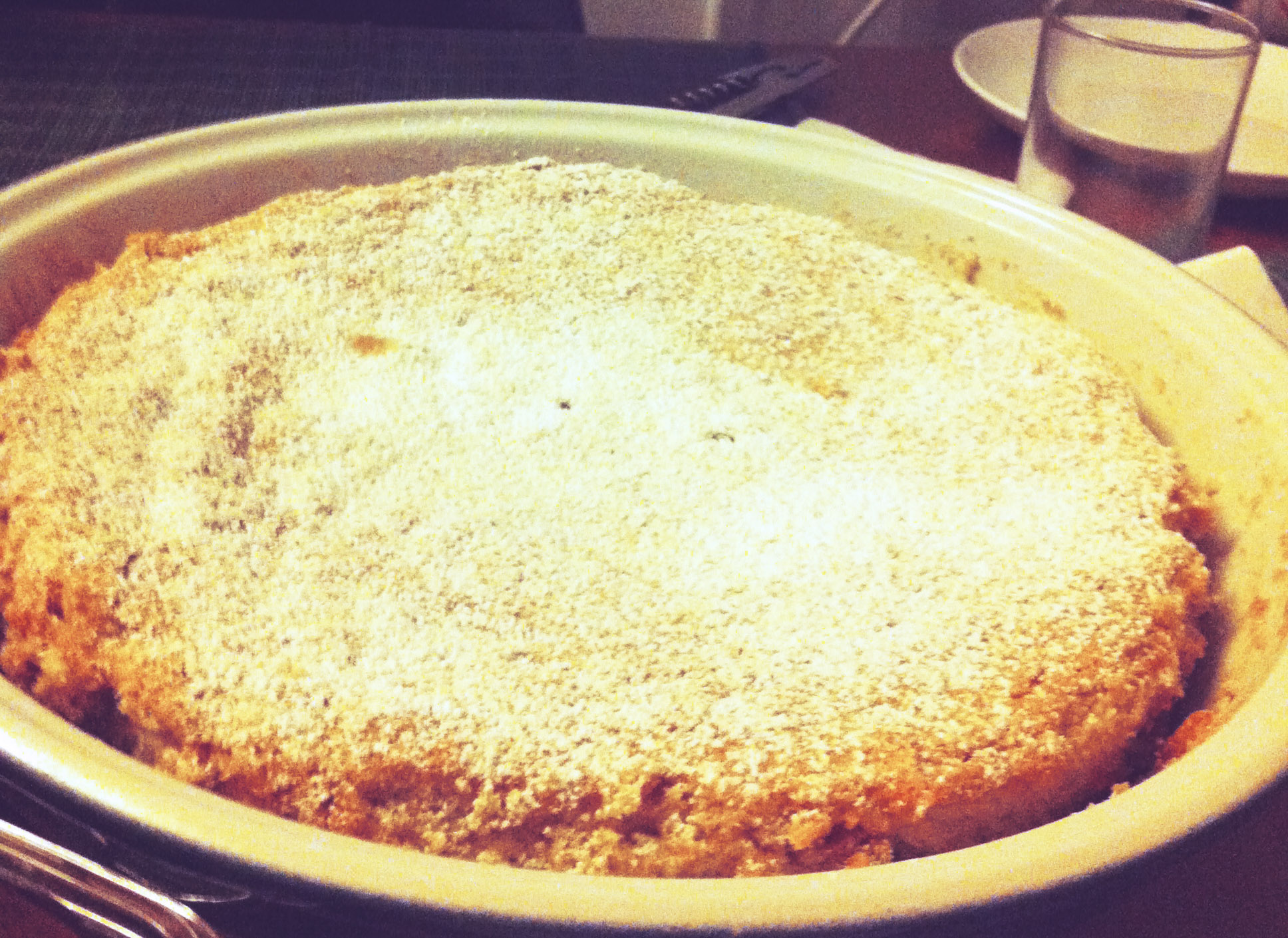 After cool down with a little dusting of powder sugar