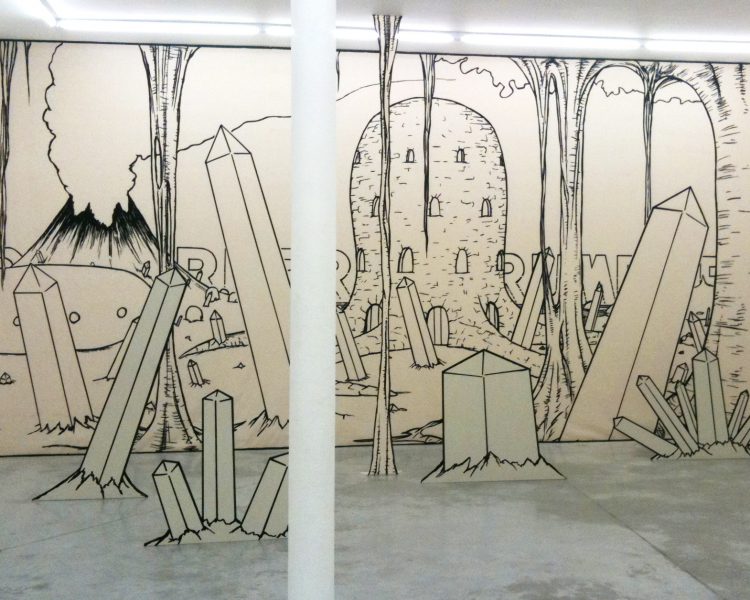 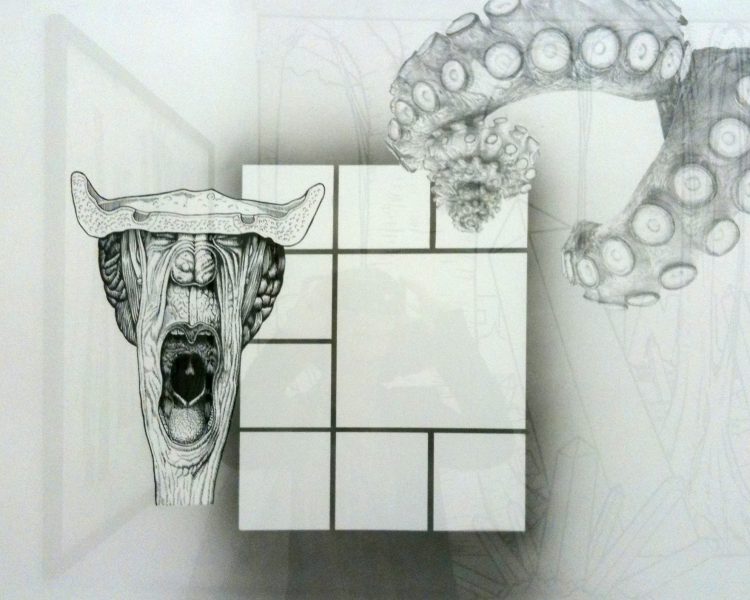 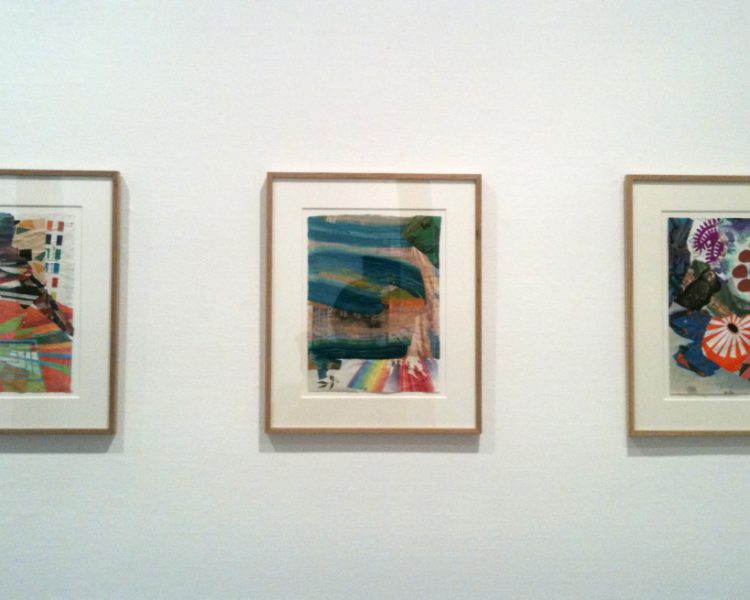 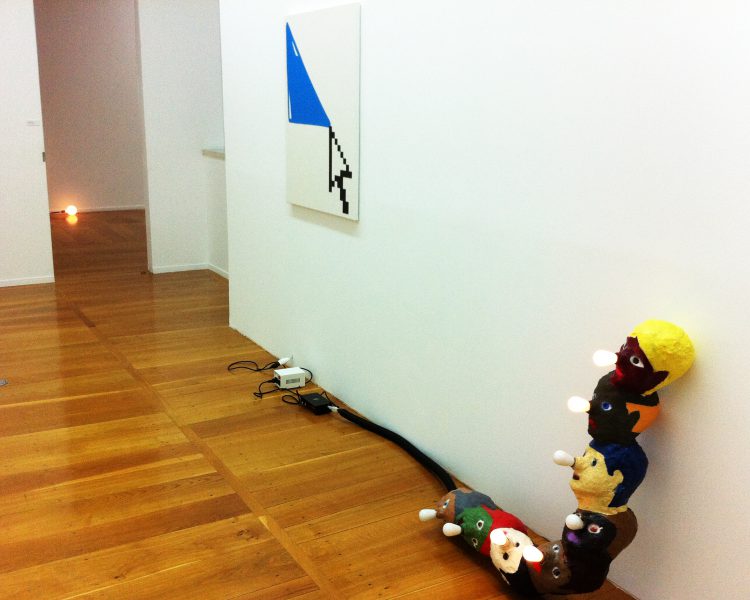 This is going to be my last post about the gallery exhibitions in Paris in September, 2011.  The most exciting show for me was Jim Shaw‘s installation and drawing show at Praz-Delavallade. The exhibition, titled THRILLING STORIES FROM THE BOOK OF “O” is his newest series of works connected to the development of a Prog Rock opera. According to the gallery press release, “[t]his opera is an ongoing project that related the precise incidents that make up the book of “O”, the prehistory that was channeled by it’s creator, an upstate New York Feminist in the 1830s. ”

Stellaktite and Stalagmite, a set of 18 comic boards, constitutes the first chapter of the Thrilling Stories from the Book of “O”. In the first 1940s golden age superhero comic style, Jim Shaw relates us a main event in the Oism genesis: the arrival of “I”.  A center piece for the exhibition is a very large wall mural expanded from one of the comic’s splash panels, with cut-out crystal formations. Shaw is also showing a series of drawings that incorporate Oist and 50‘s comic iconography as well as Anatomy Weird-ohs based on medical illustrations of diseased organs by Dr. Frank H. Netter. As usual, this bizarre story comes alive with Shaw’s great line drawings that look simultaneously meticulous and effortless.

There was also a one big group show (with 13 artists with each showing several pieces) at Galerie Xippas featuring older established American artists such as Carl Andre and Bruce Nauman with younger American artists such as Andy Coolquitt and Rashid Johnson with many young French and English artists as well as artists from Latin America and the Middle-east.  The exhibition’s title, there are two sides to every coin, and two sides to your face, alludes to not only facts of life, but also ambiguity, irony, contradiction, confusion, etc.  As usually the case with big group exhibitions, the theme encompassed a very broad trend that has been popular in most post-minimalist sculptural works.

My last gallery vist of the day in Paris was a bit further away from most galleries in Marais. A small side street (Rue Chapon) near Pompidou in Beaubourg area features many small galleries.  Among them is Galerie Zürcher, which also has a branch in downtown New York and did an interesting mini 5 Lower East Side gallery art fair (called Salon Zürcher) during the last year’s Armory week.  The gallery featured interesting collage works by another American, Brian Belott.

In general, my impression of Paris galleries, unfortunately, was more of the same as Chelsea and LES galleries in New York.  I was also a bit disappointed to see the ubiquitousness of American artists at all levels even though I was very happy to see the shows by Jim Shaw.  I saw more interesting and diverse shows by local artists in Berlin, and that is perhaps because more of the DYI spirit survives there as compared to more commercialized scene in Paris.