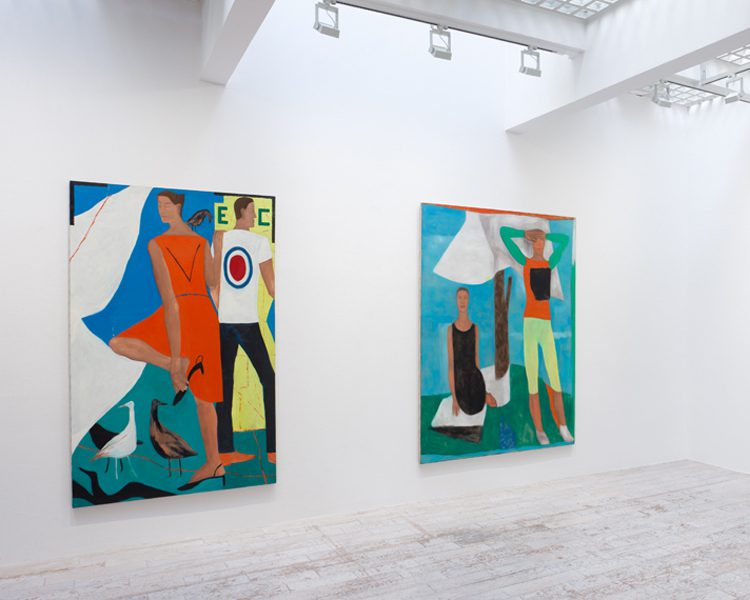 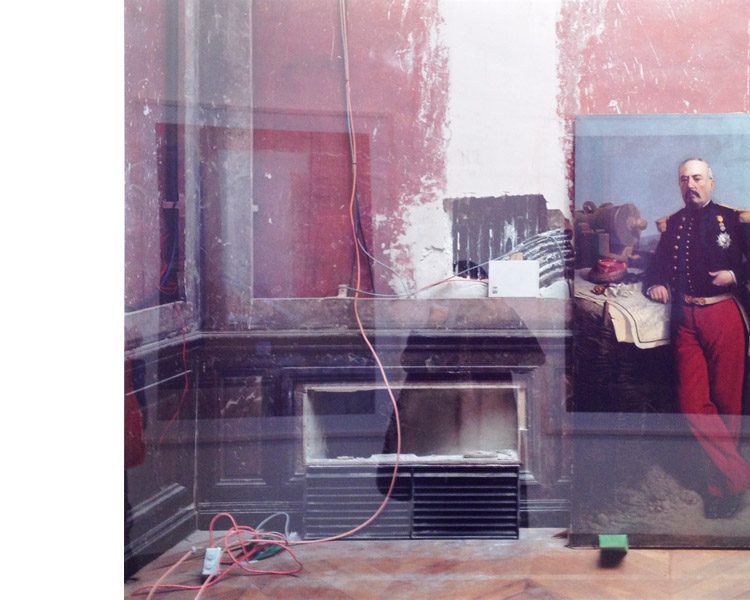 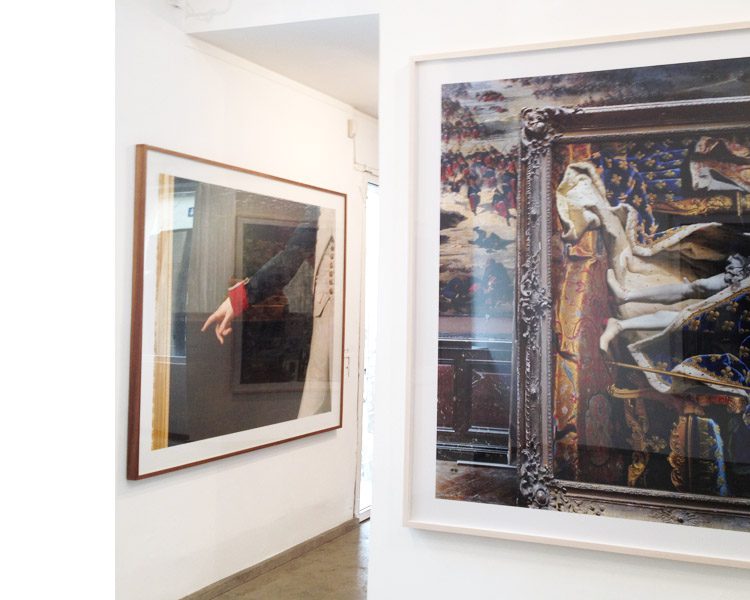 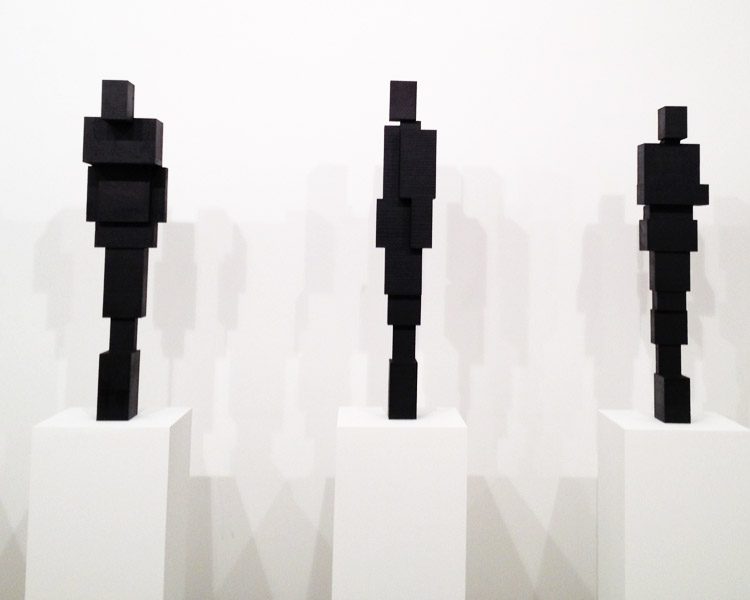 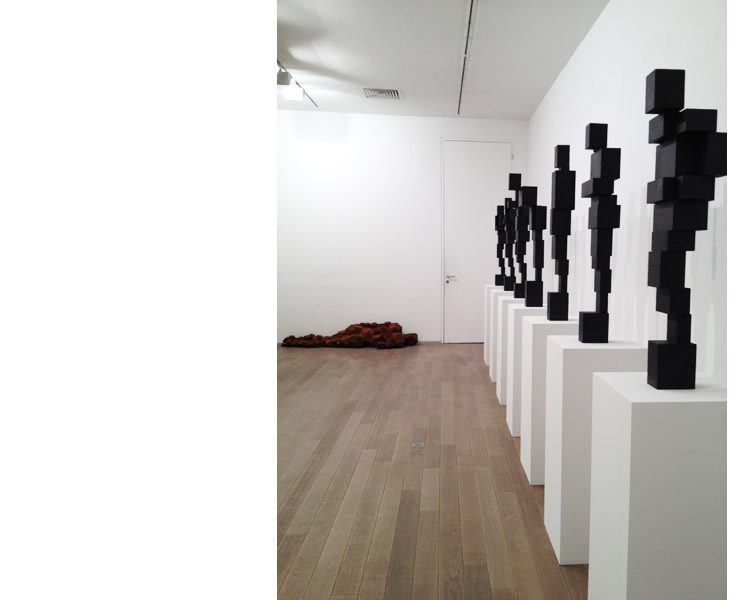 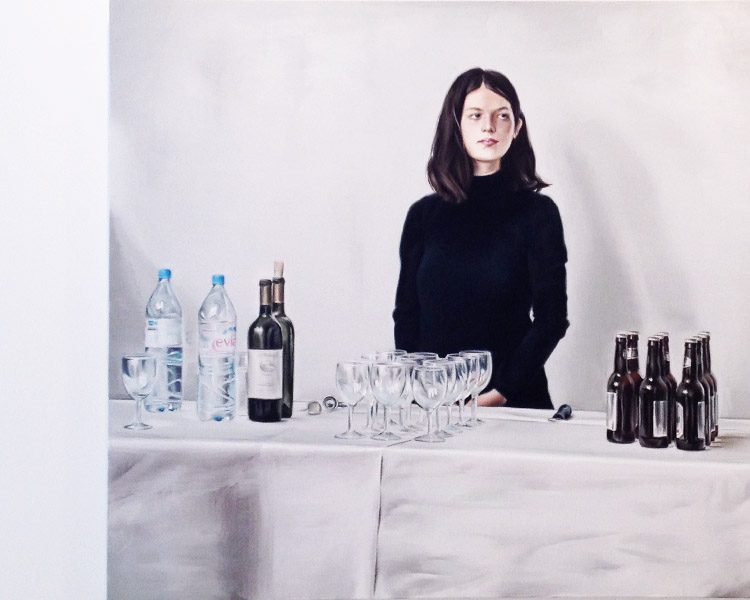 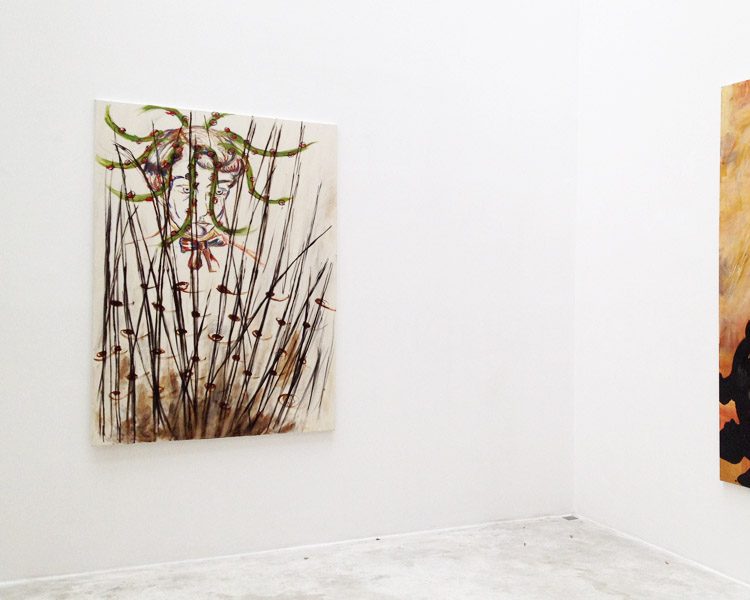 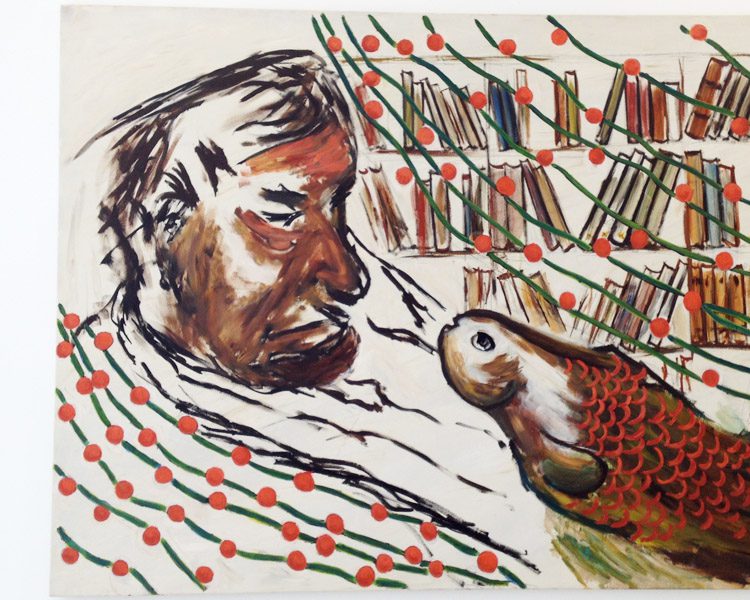 Yuri Leiderman, The Writer and the Fish, 2012 @Galerie Michel Rein 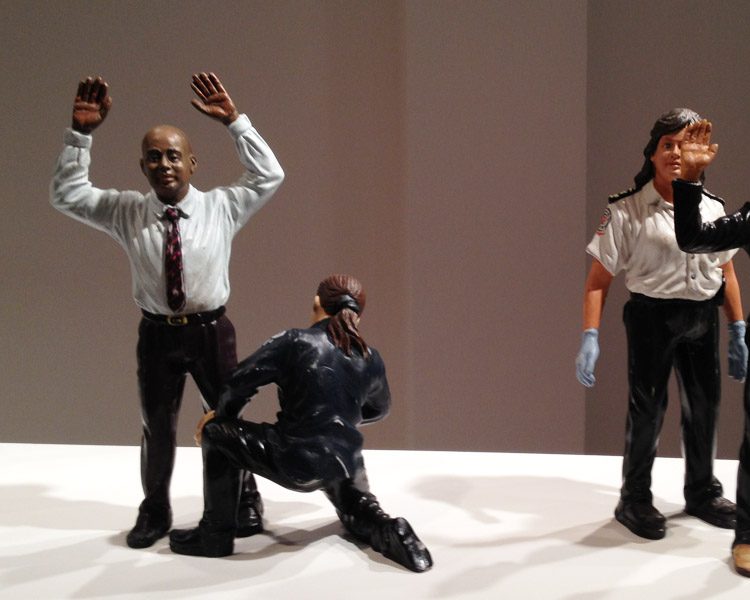 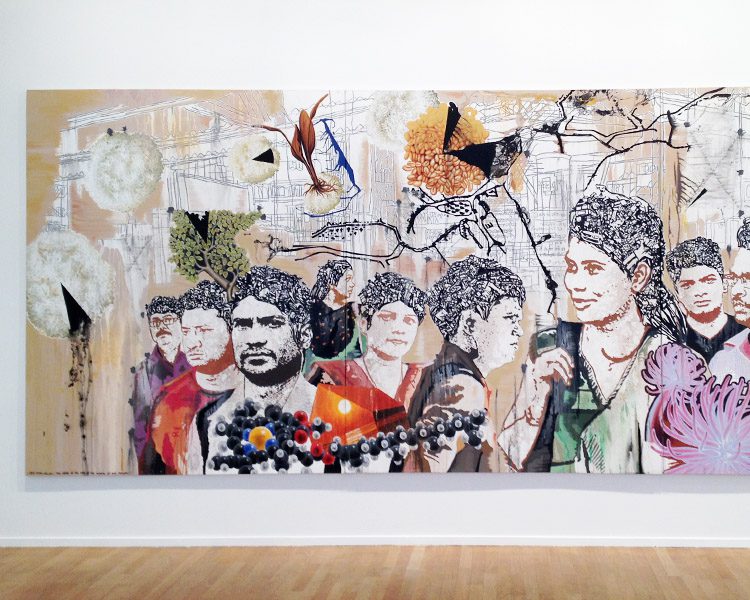 Jitish Kallat, The hour of the day of the month of the season, 2013 @Galerie Daniel Templon 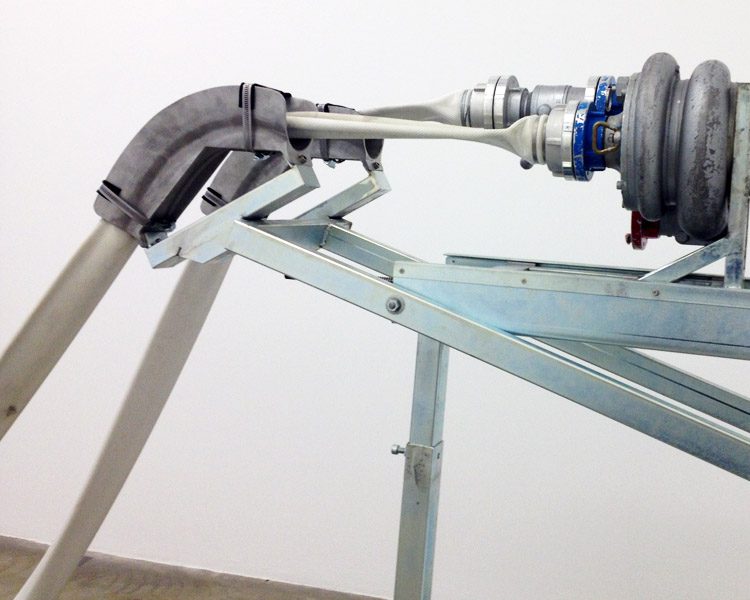 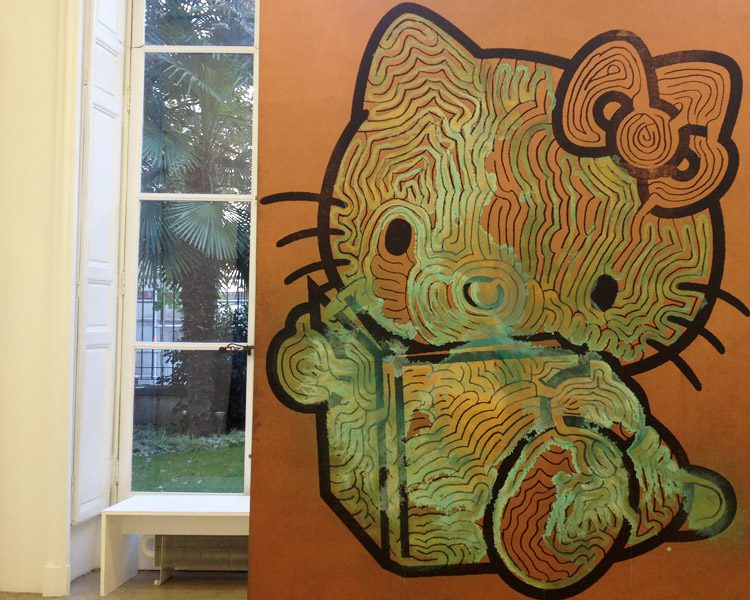 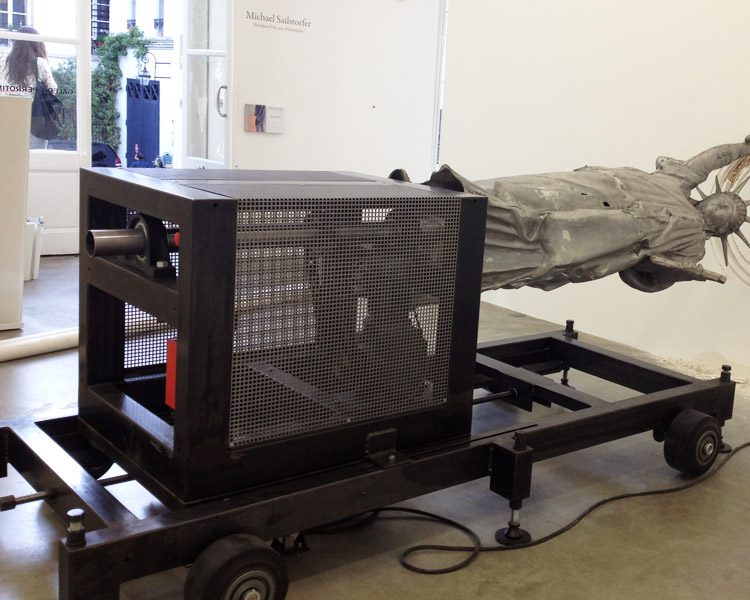 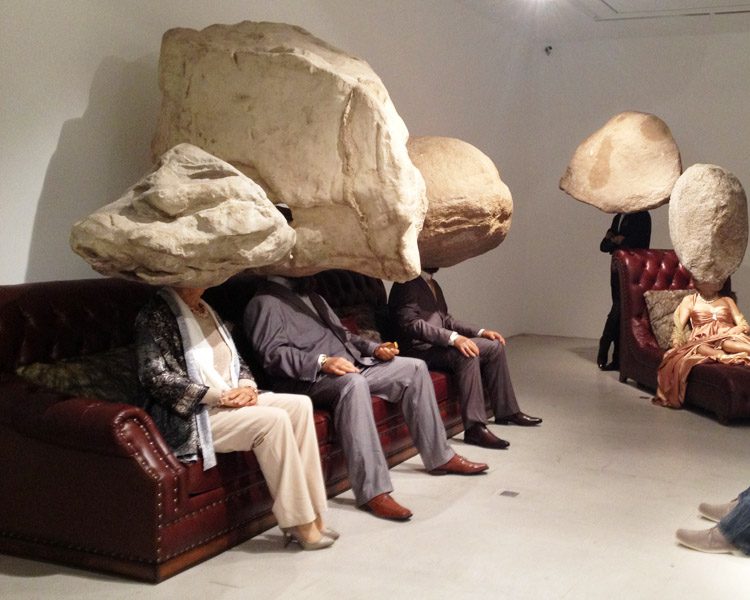 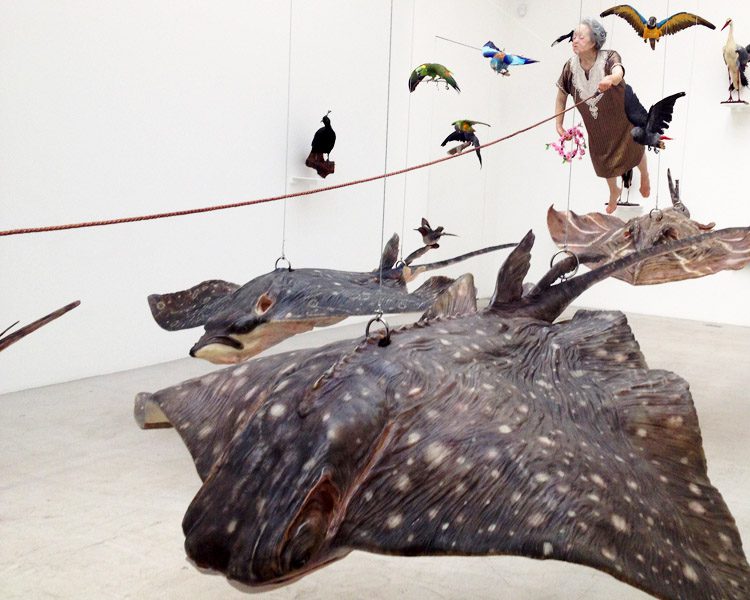 During my stay in Paris in late September, I spent a couple of days walking around the old Jewish neighborhood known as Marais, now home to many pricey boutiques and most of blue chip and emerging contemporary galleries in Paris. This stroll reinforced the idea that the contemporary art business is truly global as I saw the same artists’ shows in big international galleries in Paris that I see in New York. At the same time, I saw the works of many French and European artists that I have never seen before. Overall there was a strong emphasis on material exploration in both abstract paintings and installations with the continued interests in Minimalism, but there were some strong figurative and realistic works. This post will focus on figurative paintings and installations that I found interesting in Paris.

Galerie Daniel Templon dedicates both their spaces near Centre Pompidou to first ever solo exhibition of work by Indian artist Jitish Kallat (Photos 6-8), an artist increasingly visible in international art circuit, known for his seminal shows such as ‘Public Notice 3’, his year-long solo exhibition at the Art Institute of Chicago or photographic installations such as Epilogue with its 22,000 moons made of Indian breads. Through paintings, videos, photographs and sculptures, Jitish Kallat converts a chronicle of the cycle of life in a fast-transforming India with a slight political edge. In fact, at first impression I thought the artist was a French Arab artist depicting the oppressed lives of minorities living in a Western society.

I admired figure paintings by Polish artist Marcin Maciejowski at Galerie Thaddeus Ropac. Mimicking styles and tropes of Edouard Manet and Eugene Delacroix, Maciejowski depicts contemporary social scenes in Cracow with conscious, gestural brushwork that is simultaneously simple and complex. His paintings were rare exceptions of realistic figurative work (somewhat à la Gehardt Richter) when the close examination of the work was more rewarding than the first glance of the paintings at a distance.

I also saw Canadian photographer Robert Polidori‘s exhibition of his typical work at Galerie Karsten Greve. To me, Polidori’s work reminds of more colorful and poppy version of Louise Lawler’s photos of artwork in hallways. Coincidentally, Polidori is having a solo exhibition at Mary Boon Gallery in Chelsea with the photos depicting the Château de Versaille.