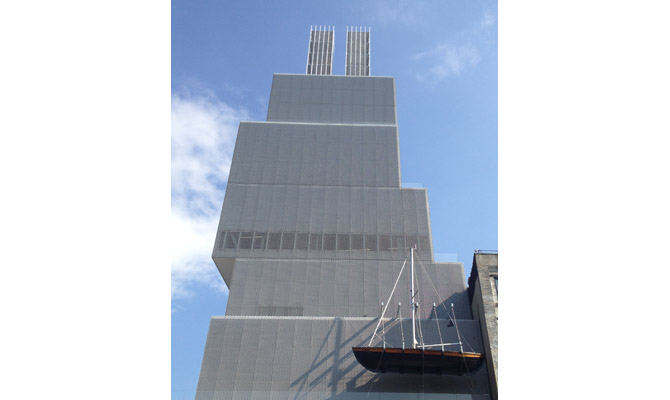 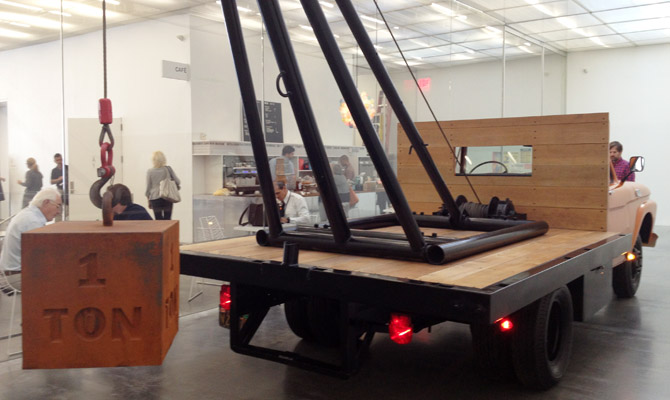 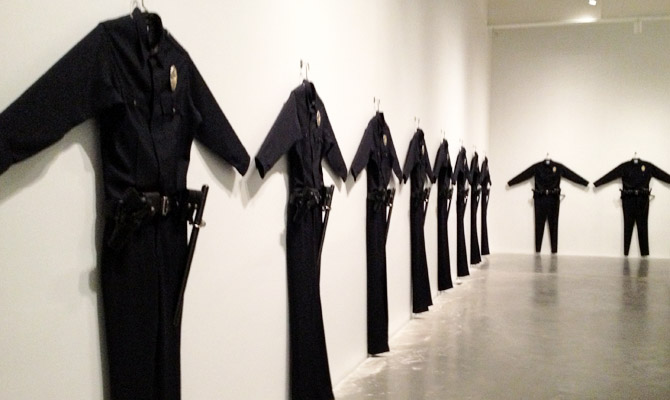 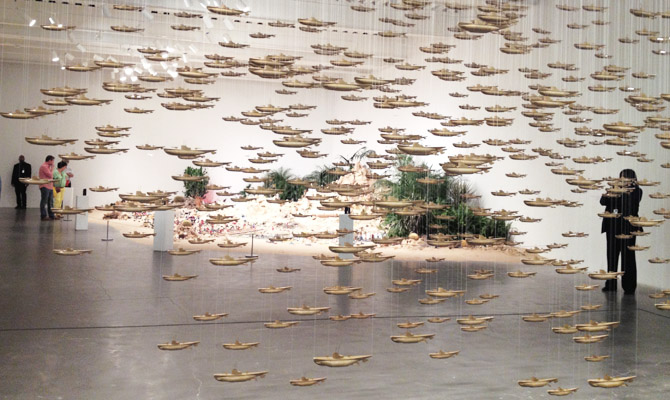 Chris Burden, All the Submaries of the United States of America, 1987 and A Tale of Two Cities 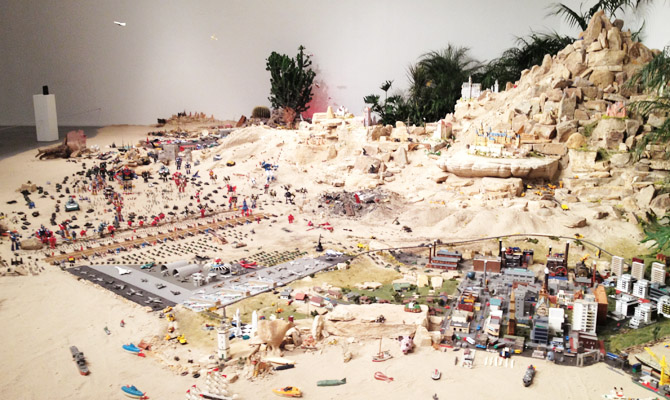 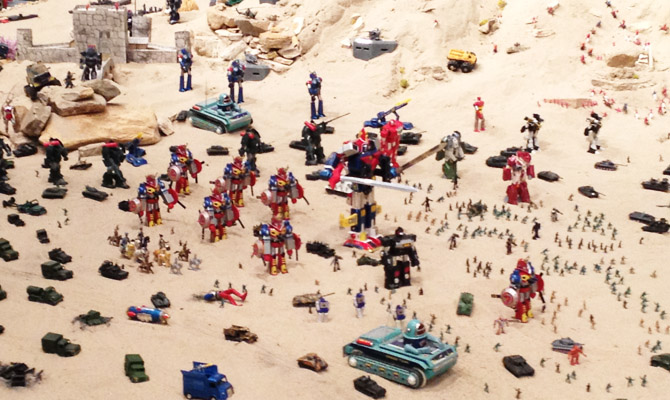 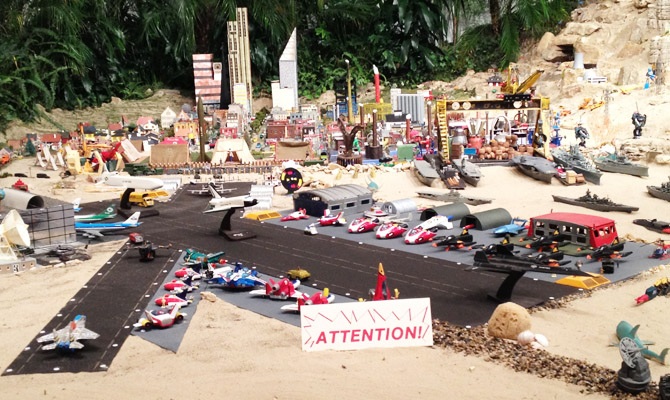 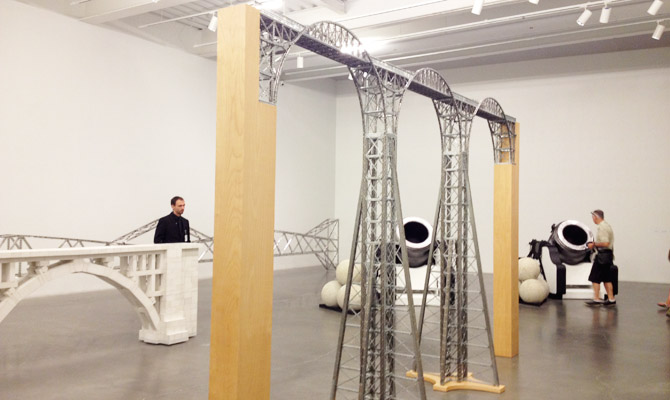 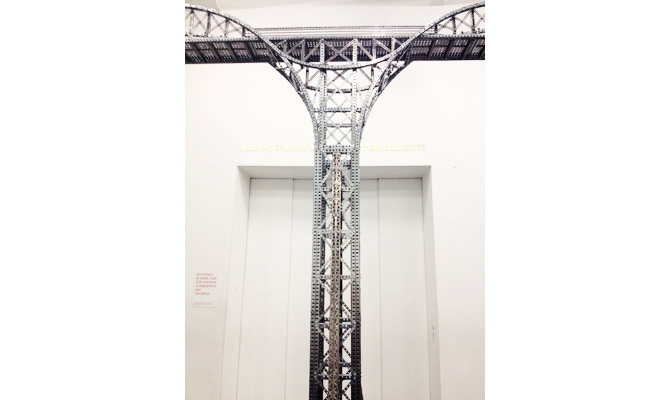 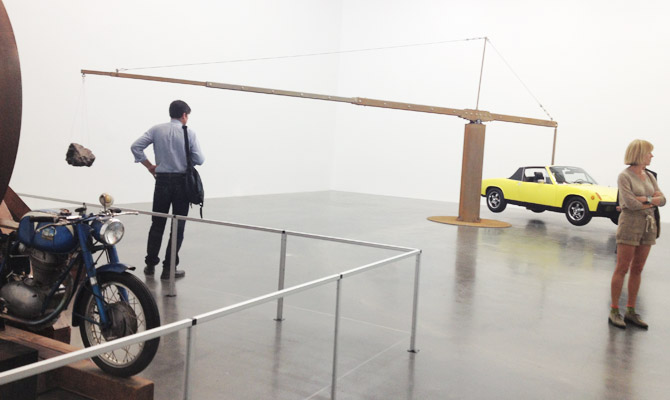 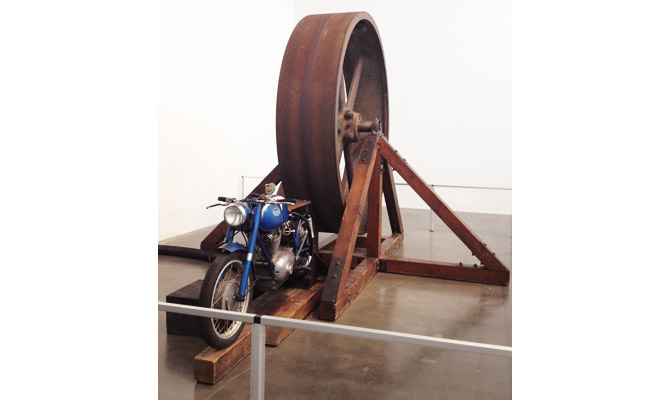 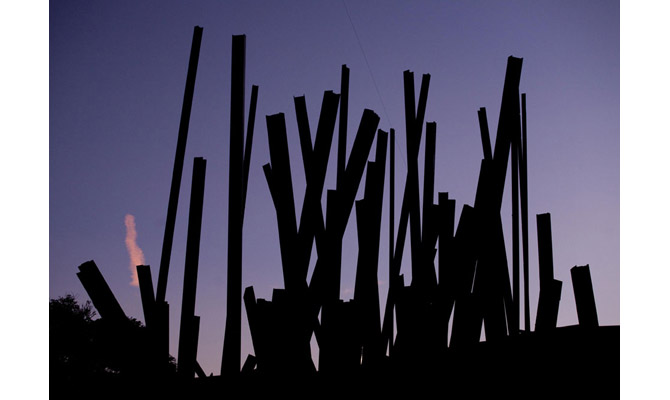 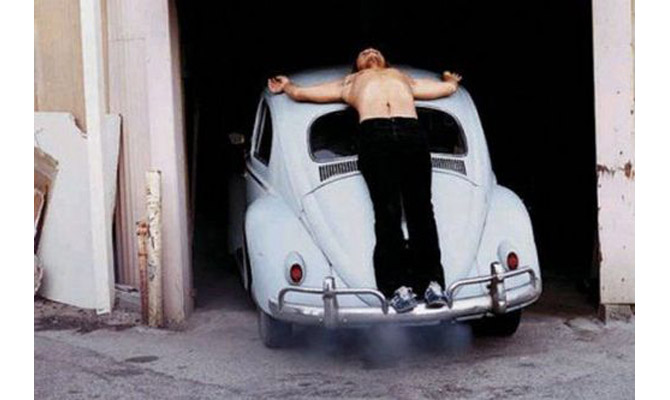 The New Museum is showing LA artist Chris Burden‘s first extensive New York survey and his first major exhibition in the United States in over twenty-five years. Occupying all five floors of the Museum, “Extreme Measures” is not quite a career survey, but an important opportunity to see the arc of an epoch-defining major American artist. Interestingly enough, this exhibition is defined by what is not physically there rather than massive sculptures enacted on each floor. Burden’s career defining performance pieces from the 1970s are barely physically present at the museum unlike the re-enactment of many of Marina Ambrovic‘s work at her retrospective at the Museum of Modern Art. When you enter the Museum, the ticket taker advise you to view the exhibition from top down. On the fifth floor of the Museum, there are binders filled with laminated photographs of Burden’s performances from the 1970s accompanied by type-written artist’s descriptions (There are also handful of videos). This simple presentation of the old performance pieces seemed more direct and personal than re-enacting the pieces with surrogates. Particularly wrenching was reading two seminal performances of Trans-Fixed (1974) and Shoot (1971). In Trans-Fixed (Photo 1), Burden is laid face up on a Volkswagen Beetle and has nails hammered into both of his hands while he was screaming in pain, as if he were being crucified on the car. The car was pushed out of the garage and the engine revved for two minutes before being pushed back into the garage. The idea of personal danger, central to the artist’s main concern, seemed even more palpable in this static documentation than a video presentation, particularly in Shoot, which ends so swiftly to diffuse the true sense of danger.

The other four floors are filled with monumental sculptures that do seem to embody the title of the exhibition, Extreme Measures. Most spectacular are two sculptures on the fourth floor; The Big Wheel (1979, Photo 3) and Porsche with Meteorite (2013, Photo 4). Particularly Porsche with Meteorite, where meticulously restored  1974 Porsche 914 (weighing 2,190 Lbs) is balanced by a 365 Lb meteorite, conveys the power and fatalistic machismo in a precarious and delicate balance. Rest of the installation also concerns with power, but palpable sense of doom and delicacy are lacking, making them visually less arresting.

Another compelling piece from post 1970s was also a documentation of performance/sculpture installation called Beam Drop (Photo2) in three different locations: Art Park, in Lewistown, New York (1984), with later iterations at Inhotim Centro de Arte Contemporanea, in Minas Gerais, Brazil (2008), and the Middelheim Museum in Antwerp, Belgium (2009). The piece involves hoisting I-beams 100 feet into the air via crane and then dropping them into a large bed of wet concrete. This mesmerizing process embodied the sense of power, danger and delicate beauty all at the same time.