Group Exhibition at the Sheldon Museum of Art 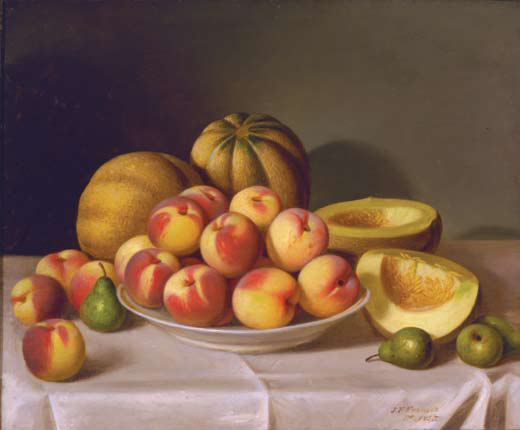 I have a piece in the group exhibition at the Sheldon Museum of Art in Lincoln, NE called Poetical Fire: Three Centuries of Still Lifes. Opening January 21, Poetical Fire: Three Centuries of Still Lifes features approximately 60 examples of the genre from the mid-nineteenth century to the present, including ceramics, paintings, photography, prints, and sculpture. The exhibition contains examples by major 19th-century practitioners of the genre, John F. Francis and Severin Roesen, early modernist versions by Charles Demuth and Marsden Hartley, and contemporary interpretations by Vera Mercer and Tom Wesselman.

Poetical Fire takes its name from noted American art critic James Jackson Jarves, who used the phrase to describe the artistic transition from direct transcriptions of nature to capturing a subject’s essence, its “poetical fire.” The exhibition follows Jarves’s line of inquiry, charting the subject’s popularity during the mid-nineteenth century for its realist potential; to its abstraction by early 20th century artists; to the large format and nontraditional media employed by many contemporary artists. Rather than just a chronological survey of still lifes, however, Poetical Fire explores the genre thematically, reviewing its cultural context and meanings during various periods. While subject to changes in style, still life has retained its popularity as a subject over the decades, and artists have accepted Jarves’s challenge to capture the subject’s spirit rather than solely its tangible forms.

This entry was posted in Exhibition News and tagged Poetical Fire, Sheldon Museum. Bookmark the permalink.