I am organizing a group show at A.I.R. Gallery in December. The show is curated by Renee Riccardo, and features 14 fabulous and diverse Asian-American artists. Here is the press release for the show. 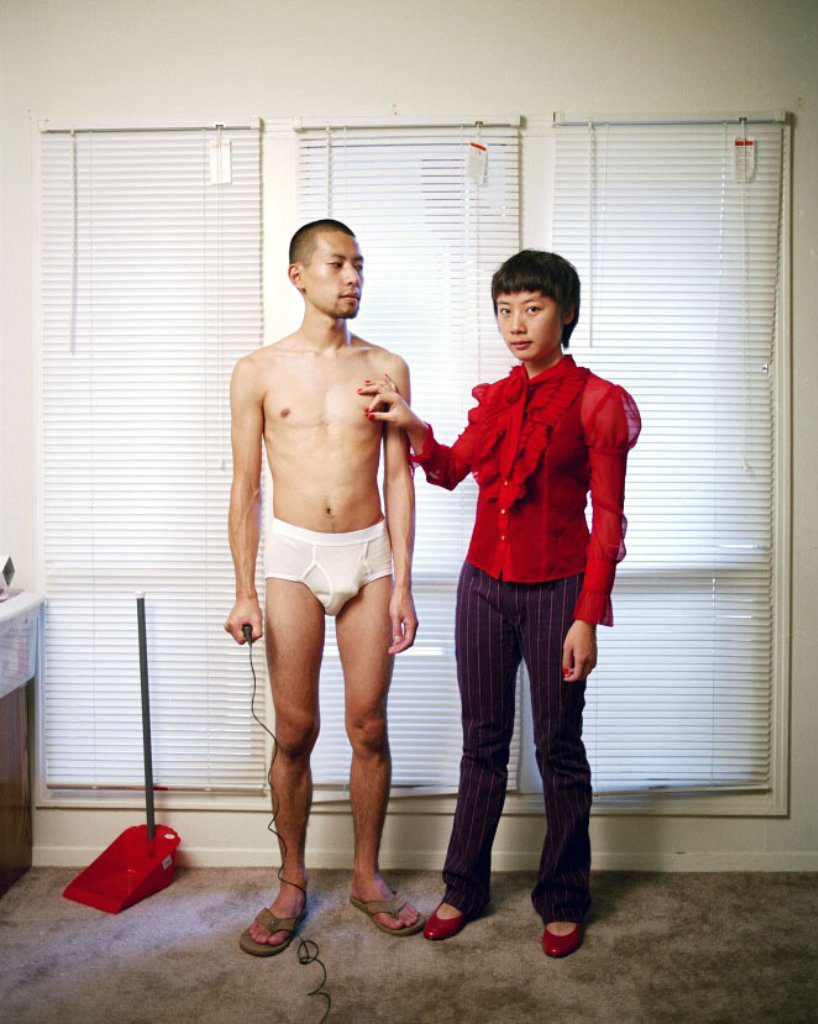 As an international center for art, New York City attracts artists from a multiplicity of cultural, ethnic, and national backgrounds. Making the Leap: Crossing Borders features the work of 14 Asian-American Immigrant artists who confront issues of identity, separation from the familiar, and deviation from conservative social structures and gender roles with diverse perspectives and methods.

The artists in Making the Leap: Crossing Borders confront the reality of their new situations by challenging preconceived notions of reality. Haejae Lee’s fantastical paintings meld the harsh political propaganda of North Korea with the Western pop culture. The work of Ajean Ryan investigates Western fairy tales by rewriting and re-narrating the stories that Ryan tells her own bi-racial daughter, while Deniz Tirpanci’s collage Dinner Party depicts multicultural reality by acknowledging the chaos, displacement and discomfort of this reality.

Notions of adaptation and assimilation are dealt with directly in arresting photographic and video pieces. Arin Yoon documents the everyday lives of Korean-American women in Northern New Jersey, and Naoko Wowsugi examines language problems and stereotypes many Asian immigrants face in her humorous and compelling video Frank. Kyoung Eun Kang creates a beautiful metaphorical struggle of adaptation, as she contrasts stones sent from her Korean mother with New York City Streets. And the sculptural work of Saeri Kiritani entitled 100 lbs of Rice addresses the shocking dietary changes immigrants face.

Four of the artists specifically address physical and gendered identity. Jeesoo Shin documents herself as a character in the Asian subculture cosplay, and undergoes dramatic identity changes that subvert traditional expectations of Asian women. Yi-Hsin Tzeng pours paint over her shaved head in her video The Last Painting, challenging her own personal physical boundaries as well as those Asian women experience globally. Yijun Liao boldly questions the roles of sex, power, gender, race, and age as she photographs and exhibits the taboo – her relationship with a young immigrant. Gyung Jin Shin also uses her body as a medium in her performance video Smiley Suicide, where Shin herself exists as a field where opposite values, meanings, and emotions meet to ultimately deny a standard or fixed identity.

Each of these 14 artists has a unique experience as an immigrant, woman, and artist. The past personal experiences and cultural dialogue these artists bring to Making the Leap ultimately express a dynamic and plural vision of what being an Asian-American woman means now.