Woman of Many Faces: Cindy Sherman at MoMA 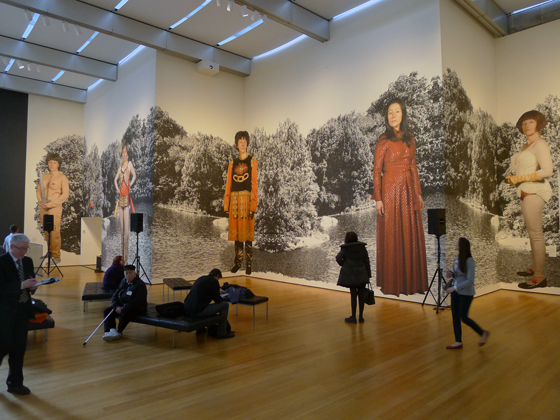 Cindy Sherman’s retrospective at the Museum of Modern Art traces this American photographer’s entire career, from her early experiments as a student in Buffalo in the mid-1970s to a recent large-scale photographic mural (photo). Included are some of the artist’s groundbreaking works—the complete Untitled Film Stills (1977–80) and centerfolds (1981), the celebrated history portraits (1988–90), and her monumental 2008 society portraits.

I have been looking forward to this exhibition as Sherman’s work had a big conceptual influence in the development of my own work, especially when I was working with the issues of sexual identity and self-portraiture.  I was particularly influenced by her black and white photos from the 1970s called Untitled Film Stills Series. In these photos,  Sherman posed as women that one might find in movies from the fifties and sixties ranging from naive ingénue to a femme fatale.  Regardless of any roles that she plays in these photos, they are neither exact characters nor “types.” Rather Sherman demands the viewer to question the visual codes that define women’s identities with subtle gestures, fashion and camera perspectives.  In this sense, Sherman’s self-portraits highlight the emptiness of a “self”: Though “I” am the focus of the photo, “I” only exist in the photo to the extent to which “I” perform certain non-existence.  This idea of mutable “self” influenced me in constructing my own identity as an Asian-American immigrant artist and the work around it. 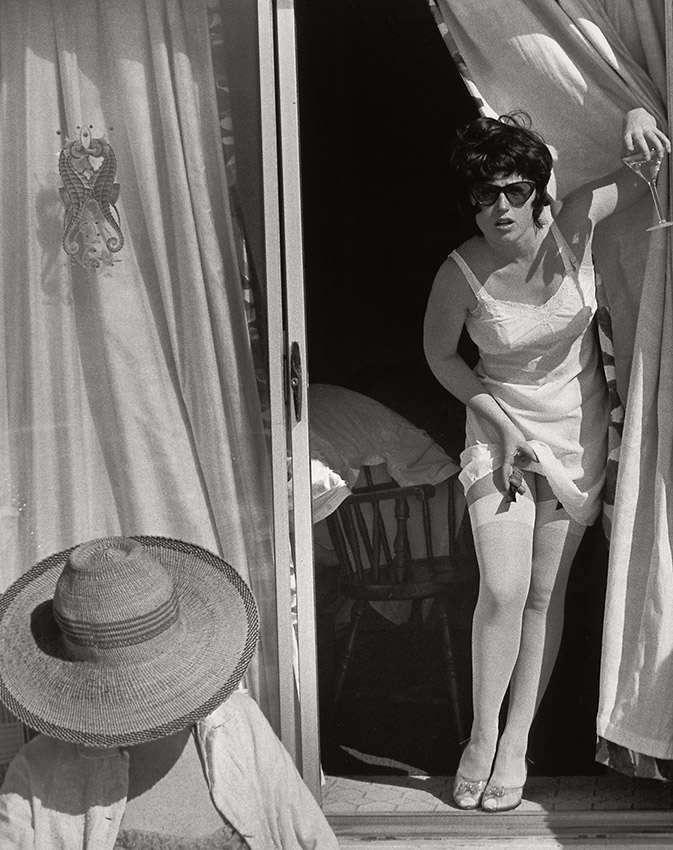 In this sense, the retrospective was both disappointing and illuminating.  It was nice to see the Untitled Film Stills as well as history portraits in its entirety.  At the same time, the retrospective is not organized in strictly chronological order despite the fact that she works serially. Some of her series are scattered through out the galleries diluting thematic coherence and creating distraction (particularly true with the crown series, which has never been my favorite with garish colors and backgrounds with strange digital effects).  Sherman started printing digitally in 2003 as well as using digital cameras with her recent works, which creates oddly flattening effect despite some of the monumental scales of her work.

To me, her later works seem to lack the potency and multi-layered meaning of the earlier iconic photos. Sherman is still interested in identifying signifiers that constitute a self, but now as a bona fide art star, her props and make-ups seem to work more as a mask hiding her true identity. These later characters are not constructed feminine self, but parodies of certain societal archetypes. To a certain extent, this is unavoidable as the post-modern society now allows the coexistence of multiple identities that diminish the power of any iconic stereotypes.