Eric Fischl’s early 1980s paintings are shown at Skarstedt Gallery (20 E. 79th Street), and I was somewhat surprised to find myself very moved by these psychologically affecting paintings.  Eric Fischl still works in figurative and psychologically and sexually complex paintings, but these early paintings have much stronger presence and wall power despite much clumsier paint handlings.

While I was in UES, I also visited Gagosian Gallery (980 Madison Avenue), which is showing beautiful Arshile Gorky abstract paintings from 1947 that have never been exhibited before.  Another small museum worthy exhibition was Bacon/Soutine at Helly Nahmad Gallery, which features still-lifes, portraits and landscapes of Soutine and Bacon .  It is somewhat one-sided exhibition with Soutine’s juicy gory painting dominating Bacon’s more moderate sized and more polite paintings. I have seen both artists’ retrospectives recently (Bacon at Metropolitan Museum in New York and Soutine in Paris), and was both impressed and disappointed by their oeuvres. Both of them have produced masterpieces but also some hack works that have been phoned in.  Worse, the images of Bacon and Soutine’s work have become so banal by now, they have lost their shock values, and it is challenging to look at these paintings with eyes toward fresh discoveries. Unfortunately I was unable to overcome my ennui and jadedness in the gallery.  Perhaps I should blame the hot weather? 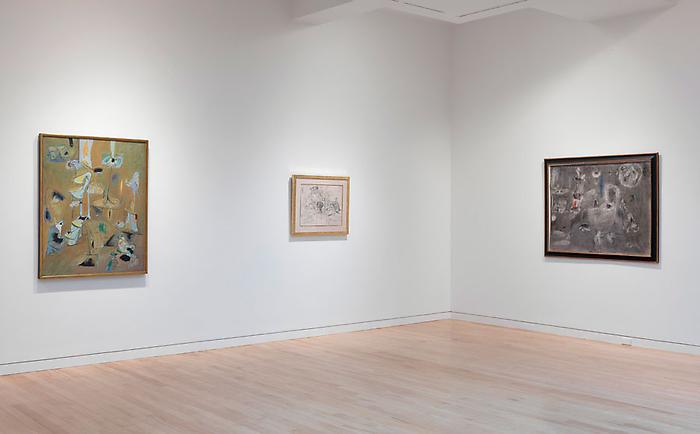