On a frigid February night, I made a pilgrimage to BAM (Brooklyn Academy of Music) to see the 6 hour epic of Mathew Barney‘s new film, River of Fundament, loosely based on the 1983 Norman Mailer novel, Ancient Evenings. In the Mailer’s novel, the protagonist, an ancient Egyptian named Menenhetet I seeks to reincarnate three times in the hope of achieving immortality. According to the BAM program note, River of Fundament “borrows its structure from Mailer’s text, corresponding to the seven stages the Egyptian soul undergoes in its journey toward new life.” Conceived as a nontraditional opera (with the music by Jonathan Bepler), the movie’s narrative (or whatever narrative might be) is driven mainly through the music that is percussive and meditative at the same time (also the most enjoyable element in the movie).

Much has been said about the overflowing of feces in Barney’s new movie (Review in Hyperallergic can be found here). To me, the obsession with feces seemed entirely superfluous, neither shocking nor interesting that seems to overshadow all other aspects of this uneven, extremely long, but cinematically beautiful film. To be fair to Barney, it is Norman Mailer who makes his protagonist swim through the river of feces before each reincarnations, although I do fault Barney for blind hero worshiping here (but perhaps that is the entire point of the enterprise).

The film begins with a lavish dinner party/wake of Norman Mailer attended by New York’s cultural luminaries in his meticulously recreated Brooklyn apartment (floating on a barge on East River, as we later find out). Next 6 hours, Mailer’s journey through three reincarnations are conflated with the story of Menenhetet, Egyptian myth of Osiris, and Barney’s own previous oeuvre (involving the 1967 Chrysler Imperial from Cremaster 3). 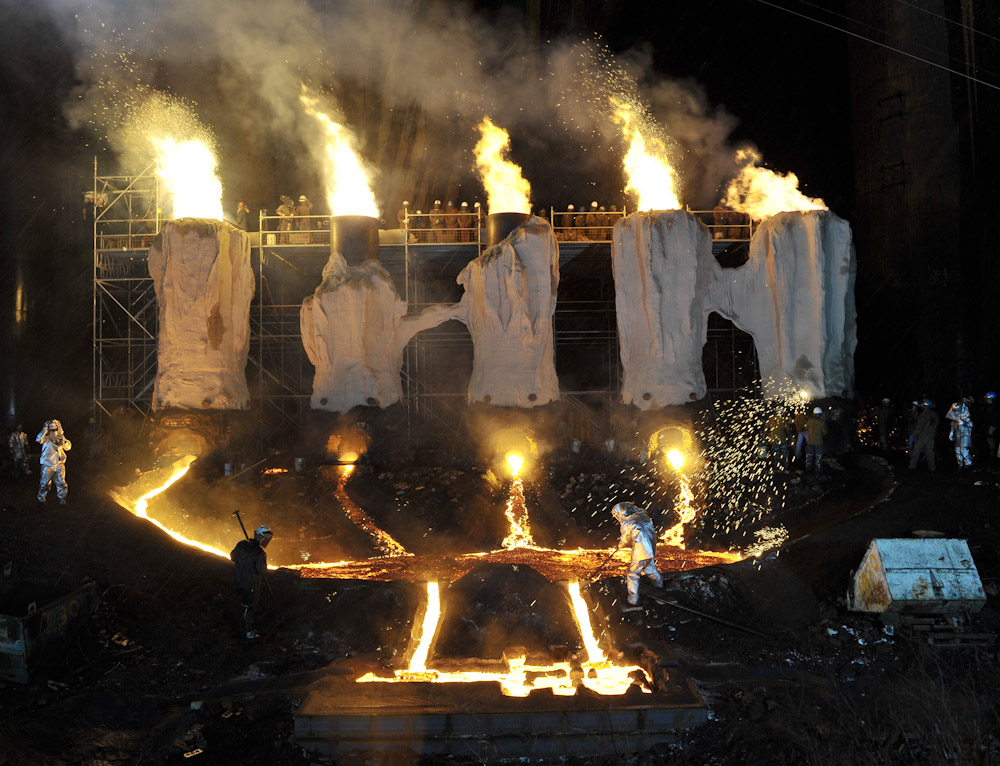 The experience of watching Barney’s movie was not unlike watching hyper violent blockbuster movies, where the machismo of the bloody spectacle co-mingles with highly sentimental nostalgia for lost causes or past glory. In the case of River of Fundament, after nearly 6 hours, you are left with the very empty and reductive idea how the destructive power of masculinity is the mythic source of all creativity, and how this power is debased in the modern world. In the end, through heroic actions of male geniuses like Mailer, Hemingway & Barney, you get the Hallmark Card version of natural rebirths.