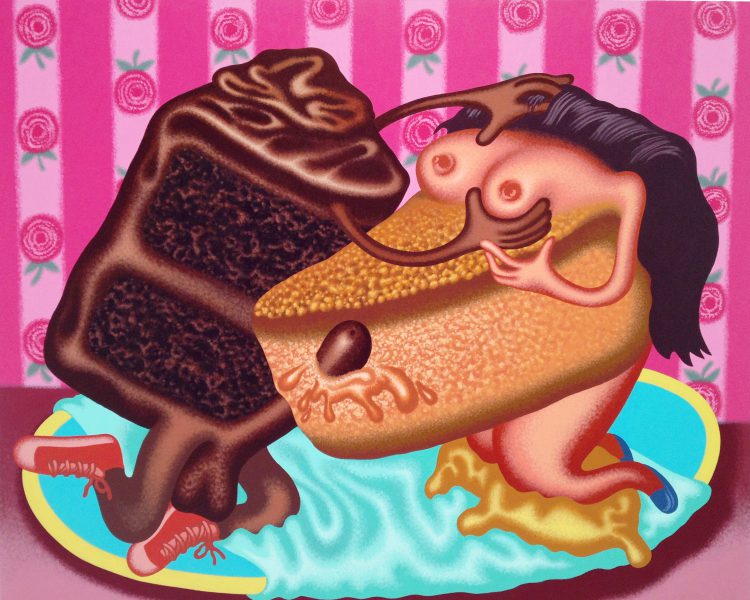 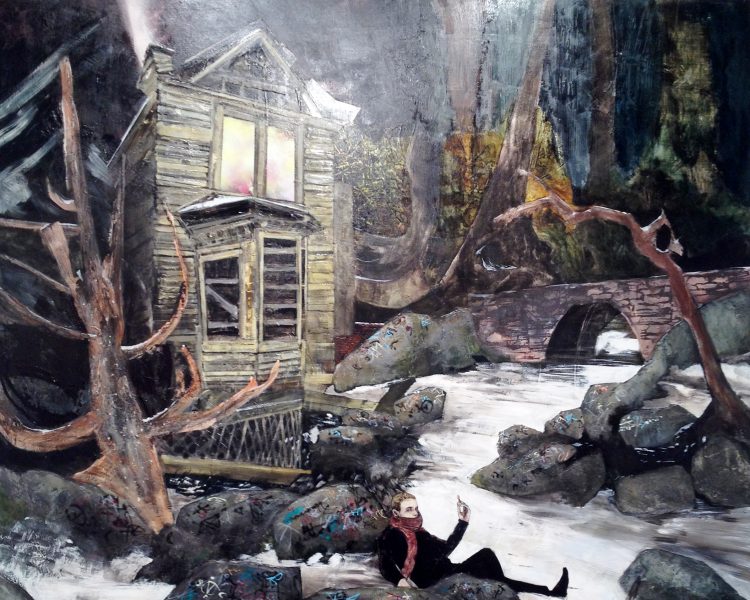 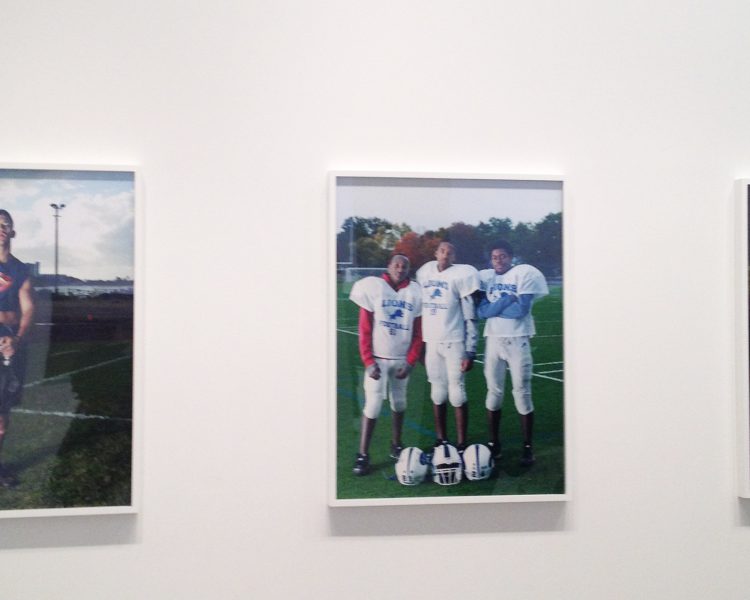 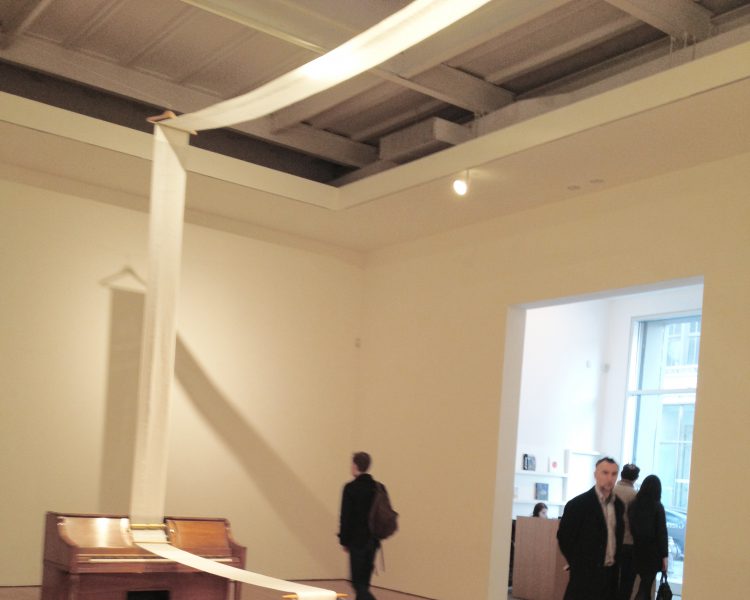 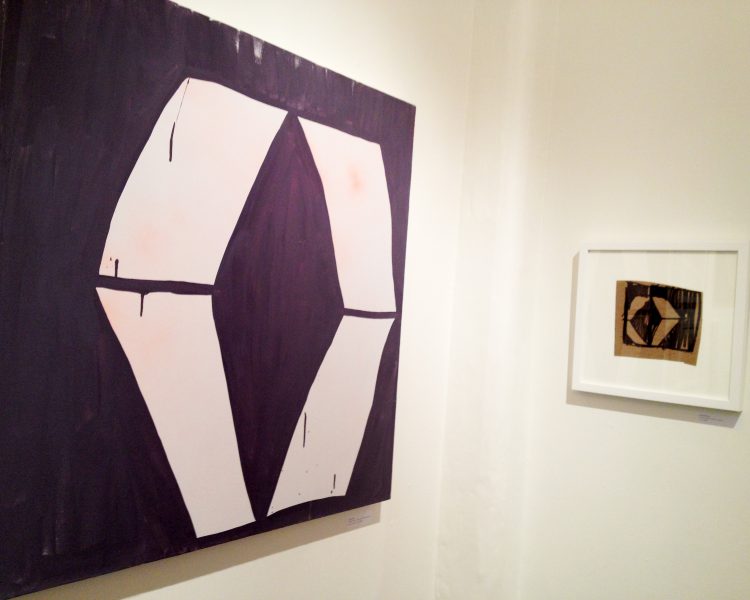 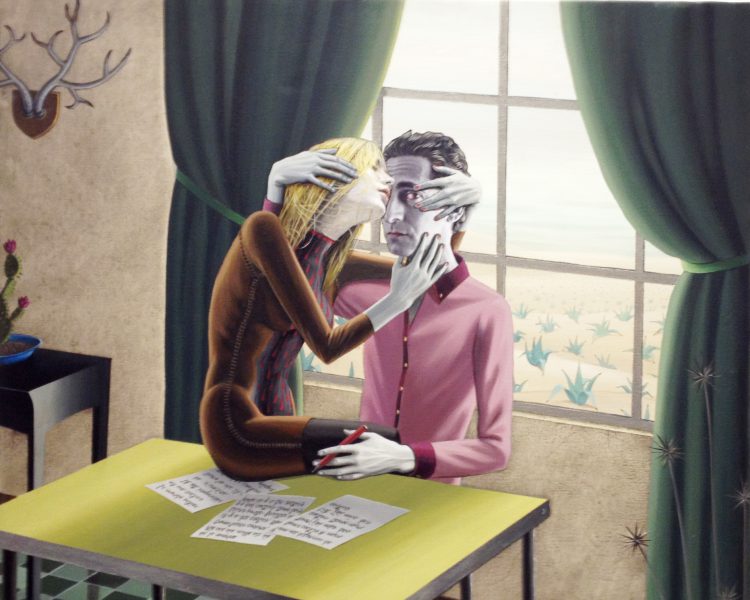 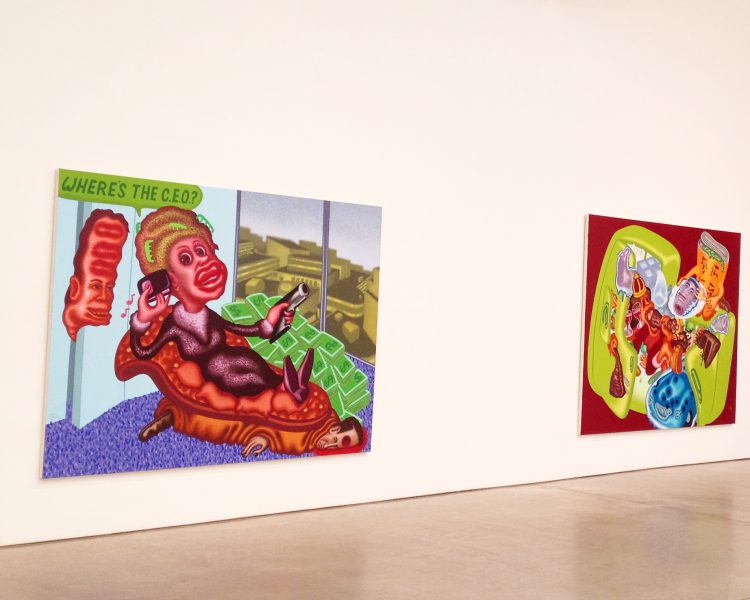 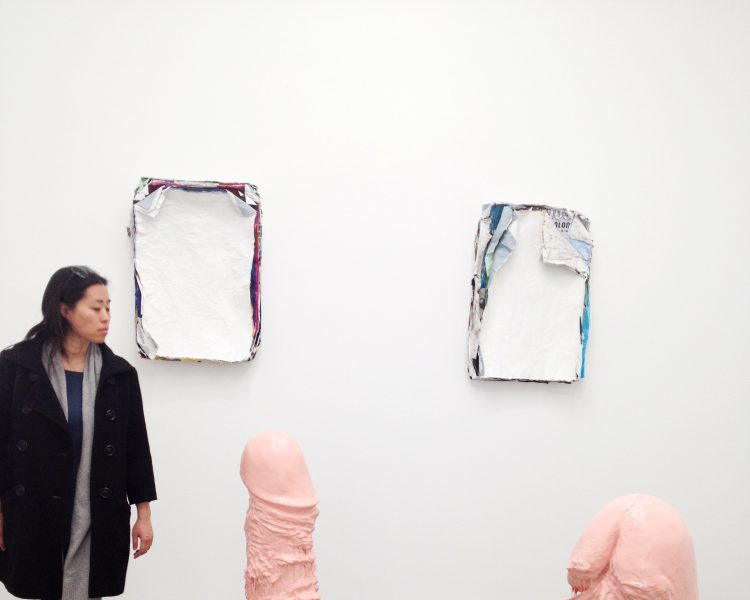 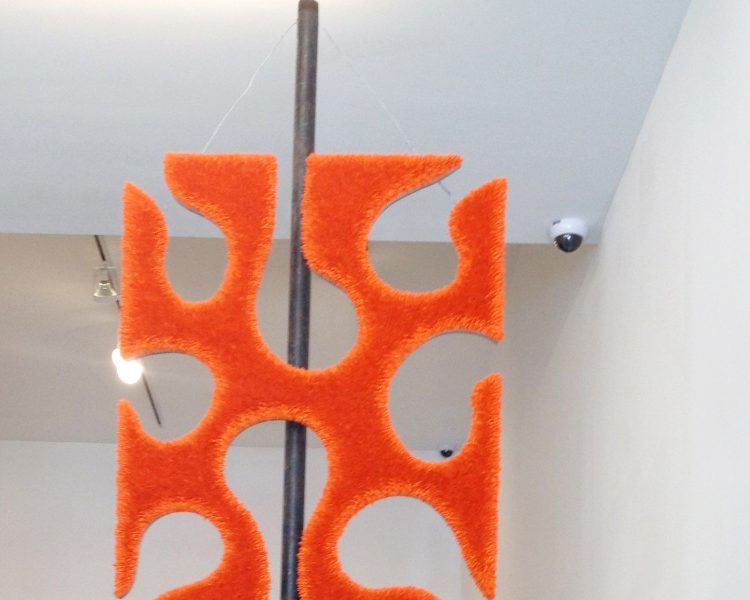 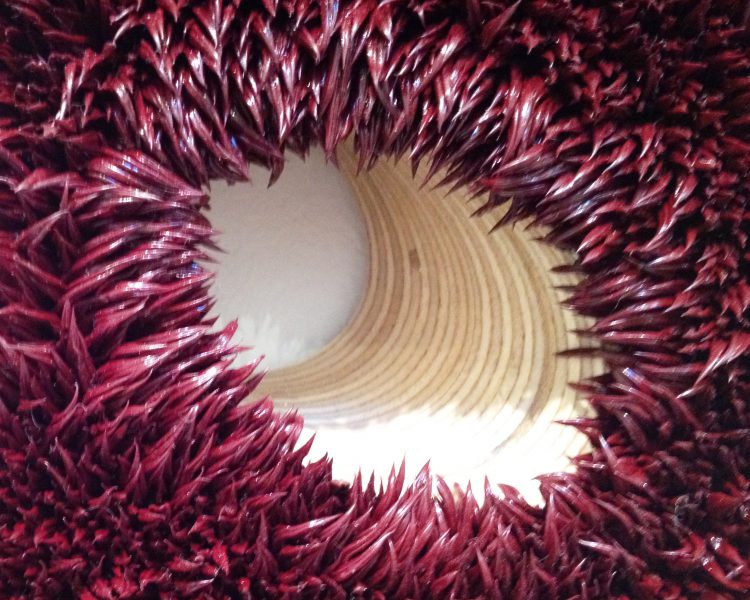 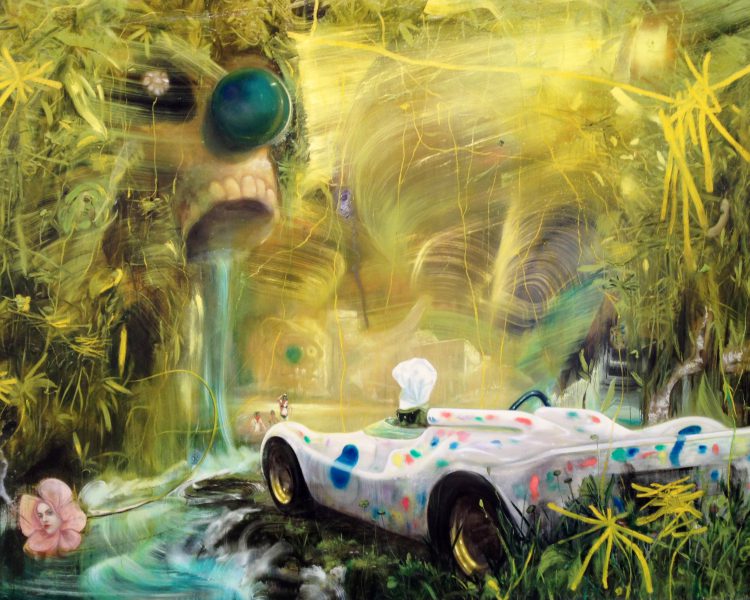 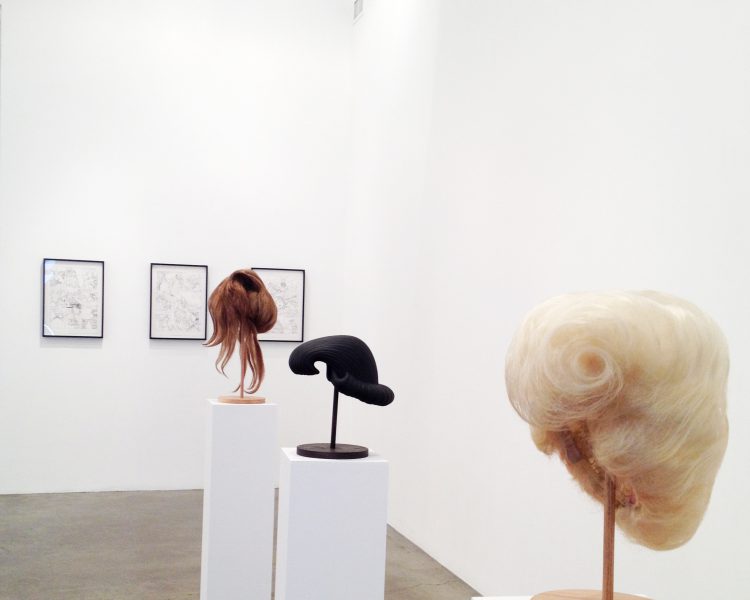 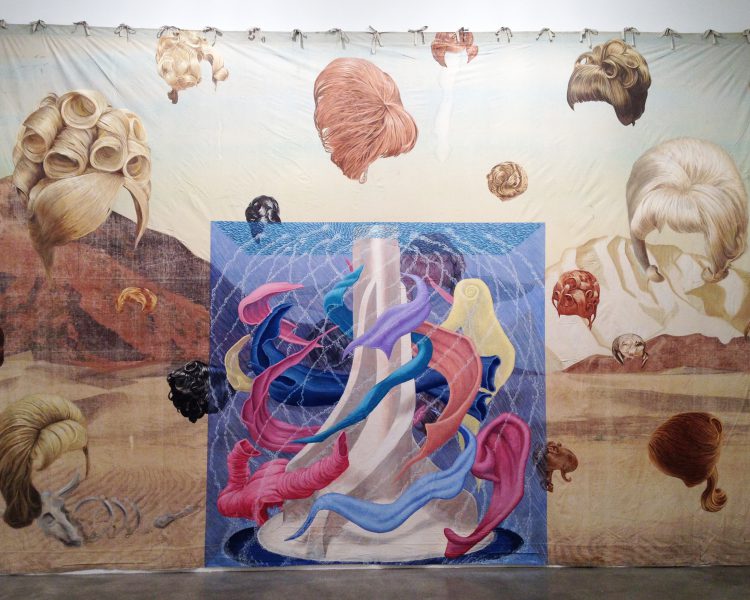 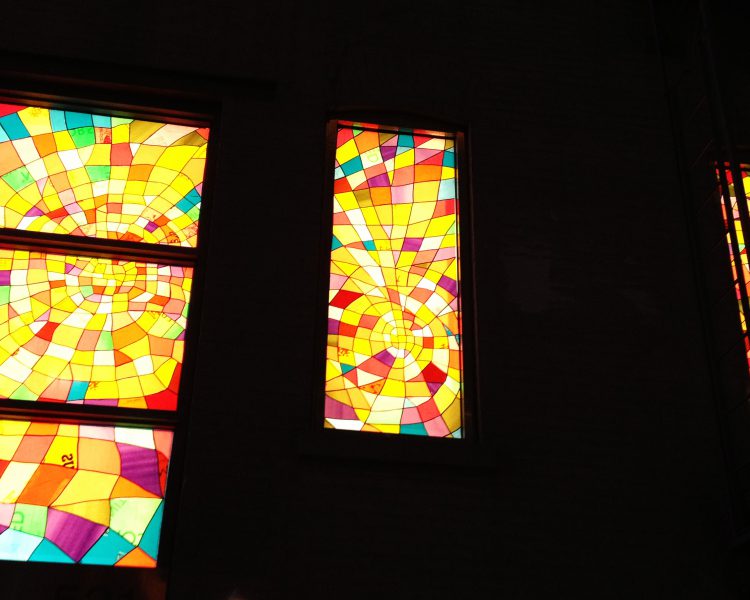 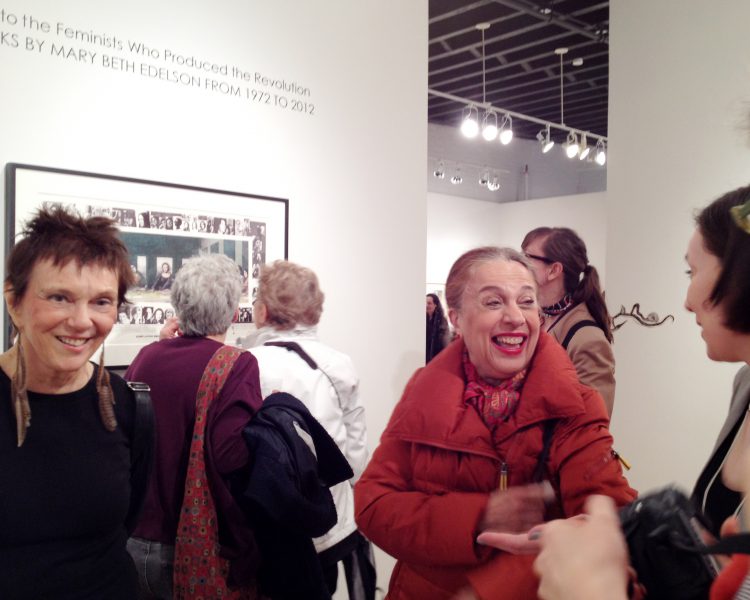 I went around a few streets in Chelsea last Saturday taking advantage of sunny spring weather despite some gusty chilly winds.  There were many more painting exhibitions this time around than sculpture or installations.  I included all the photos of the exhibitions that I found interesting.  Among them, Donald Moffett‘s oil-painting/sculpture combine is cerebral & tactile at the same time (Marianne Boesky Gallery). I enjoyed some sweet abstract paintings by Ron Gorchov (Cheim & Read) and Adolph Gottlieb (Pace Gallery), whose work from 1954-1972 still looked very fresh.  I also found some connections between psychedelic, punk, figurative paintings by Nigel Cooke (Andrea Rosen Gallery) and Hernan Bas (Lehmann Maupin).  At James Cohan Gallery, Mauricio Ancalmo’s monumental Dualing Pianos: Agapé Agape in D Minor(2011) was visually and aurally stimulating. The piece consists of two player pianos facing each other, with a word processor separating and mediating the two instruments and a large loop of paper moving slowly between the machines, fueling a three-way conversation. According to the Press Release, “Gilles Deleuze’s theory of communication as a rhizome—not growing root to tip but with multiple and mutating entry and exit points—was also critical to the work’s conception; the word processor superimposes a text about Deleuze over the original player piano scroll, affecting the sound of the work as it passes through.” And the last but not the least, the pioneering feminist artist Mary Beth Edelson’s mini career survey at Accola Griefen Gallery is a must-see to appreciate the artist’s career but also her playful take on feminist history and pop culture.